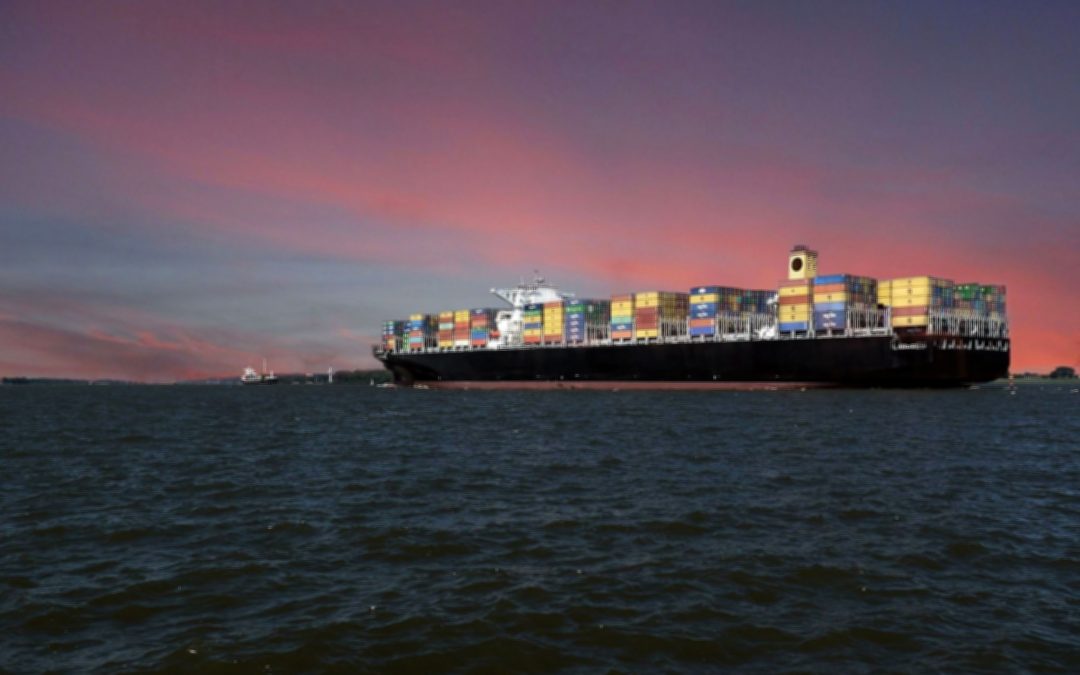 Governments from around the world will try to reach agreement on a deal to clean up international shipping this week.

Scientists say ships are a key source of pollution, producing a billion tonnes in CO2 emissions each year.

That’s more than Germany produces and about 3% of the global total.

In 2018, the International Maritime Organization (IMO), the UN body which regulates the industry, agreed that international shipping had to act.

It promised to cut its greenhouse gas emissions by 50% by 2050, to make cuts before 2030 to curb pollution, and to get emissions to peak as soon as possible.

The meeting to discuss shipping emissions got underway on Monday in London.

Activists have accused the IMO and the industry of watering down hard won promises and ignoring the commitment they made.

They say the current proposals simply do not meet the required Paris targets.

A joint statement from a group of six non-governmental organisations warns: “This proposal will not cap, let alone reduce, the shipping sector’s one billion tonnes and rising of annual emissions this decade – the very decade in which the world’s climate scientists say we must almost halve global greenhouse gas (GHG) emissions to stay within a relatively safe 1.5C of global warming, as committed to under the Paris Agreement.”

In his opening remarks to the London meeting, Kitack Lim, secretary-general of the IMO, said: “We have been focusing on the development of short-term measures. But now, I think we have to be more proactive to foster the development of future alternative fuels and embark on discussing potential mid-and long-term measures as soon as possible.

“In this regard, IMO has to ensure that no country is left behind in the transition to decarbonisation of international shipping.”

Much hope is being placed on technological developments, with the emphasis on using greener fuels like ammonia, ethanol, hydrogen or even wind power. But shipping industry figures say all of these options have drawbacks and they point to the “massive” costs involved in changing from fossil fuel use.

Guy Platten, from the International Chamber of Shipping, wants the meeting to back a $5bn research fund to achieve long-term technological solutions. “As we speak now, zero-carbon fuels are not available on the size and scale needed to drive decarbonisation”, he said.

But the sector is coming under pressure on all sides. It was picked out, by President-elect Joe Biden, as a target for the new US government’s green priorities.

And waiting in the wings is potential European Union action to force the industry to accept an emissions trading scheme, which would impose much tougher rules on EU ships.

The industry says it’s trying to come up with hard solutions rather than rhetoric. John Butler is the chief executive of the World Shipping Council.

He said: “There’s been a tremendous amount of political discussion about where we want to be in 2050, but at the end of the day, the fact of the matter is if we don’t do the research and development, if we don’t do the engineering, it will just end up being talk.”

Environmentalists say the need for action is so pressing that more months of prevarication and delay is not acceptable. John Maggs, president of the Clean Shipping Coalition, called on delegates unhappy with the current deal to reject it.

He said: “No deal is better than a terrible ‘greenwash’ deal – that pretends to regulate shipping’s CO2 emissions but actually allows them to keep growing indefinitely.” The talks are expected to continue until Friday.”