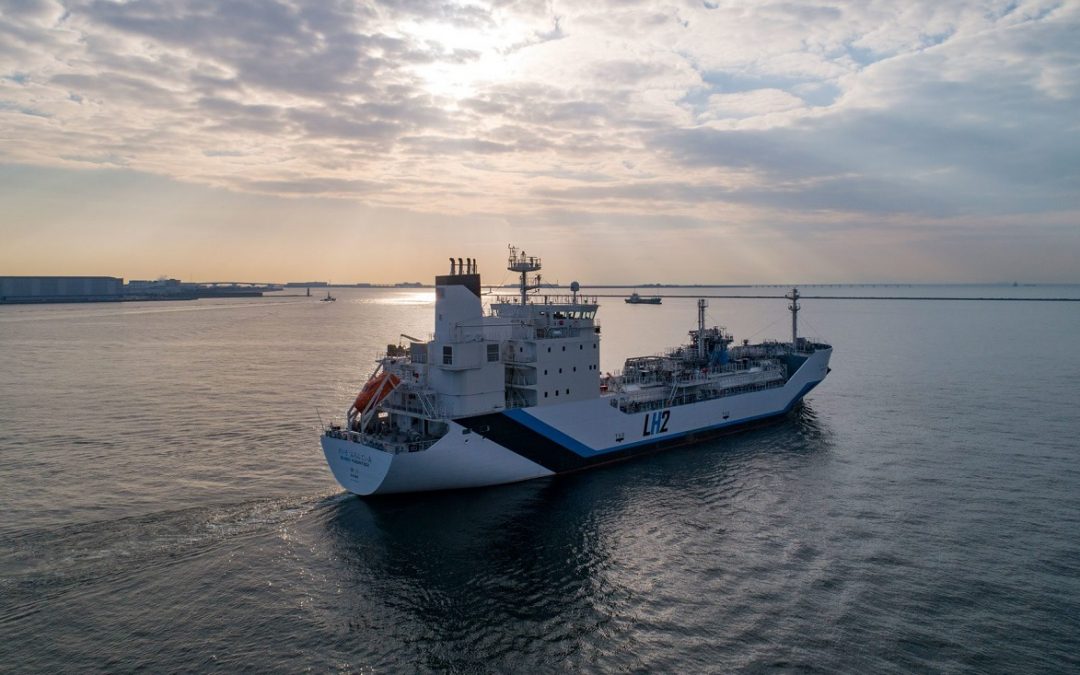 On 25 February 2022, the Suiso Frontier returned to Kobe in Japan. Therefore, it delivered the world’s first cargo of liquefied hydrogen to the country. The cargo was generated from Victorian coal.

Previously, in December, it left Japan to pick up its first cargo. The vessel then arrived at Victoria’s Port of Hastings in Australia at the end of January.https://www.youtube.com/embed/AZebZnAtbvk?feature=oembed

Marking the world’s first completion of maritime transportation of LH2 over long distances, Kawasaki says it will continue to test cargo handling and conduct data verification to ensure a successful outcome for the project. The main goal and vision are to build a global hydrogen supply chain.

KHI finished the construction of the hydrogen carrier in 2020. The shipbuilder completed this under the CO2-free Hydrogen Energy Supply-chain Technology Research Association (HySTRA) membership. To remind, KHI, Iwatani, Shell, and Electric Power Development united under HySTRA to promote hydrogen as a fuel source.

This is also a major milestone in the A$500 million ($355 million) Hydrogen Energy Supply Chain (HESC) pilot project. The project is the first in the world to extract, liquefy and transport LH2  by sea to an international market.

The 8,000 tonnes Suiso Frontier can transport large quantities of LH2 over long distances by sea. Here, the LH2 is at 1/800 of its original gas-state volume, cooled to –253°C.

In addition, the ship features a diesel-electric propulsion system and can achieve a speed of 13.0 knots. The ClassNK-classed vessel has the capacity to carry 25 people.

KHI Kawasaki previously said the Suiso Frontier is only the first of many more hydrogen carriers it wants to build in the future.