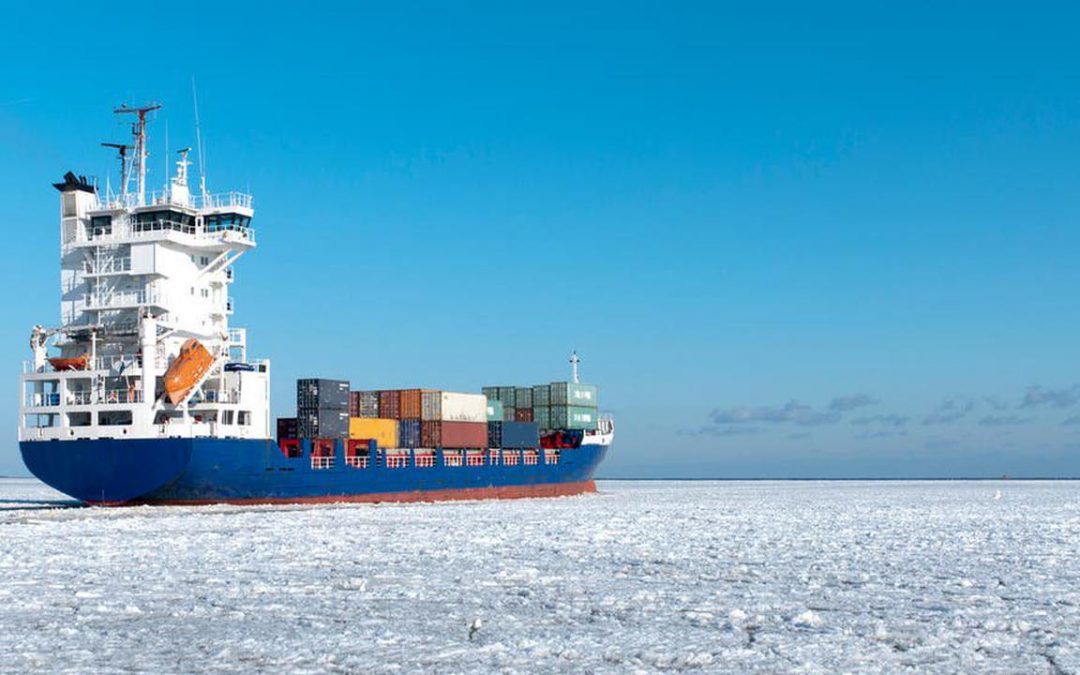 The quickly accumulating sea-ice on the Northern Sea Route is creating a potentially critical situation along Russia’s east Arctic coast. For several weeks, a number of ships have been trapped in thick sea-ice.

Several ships have also been waiting to sail into the area. For many days, the Tiksi, Yamal Ibris, I. Trubin, Polar King and Arshenevsky were located in the Kara Sea awaiting icebreaker assistance to their destinations. On board the ships was thousands of tons of equipment needed by local authorities and companies in the Chukotka region.

However, none of the ships will reach their destinations. In mid-November, they all turned back westwards and are now about to make it to Arkhangelsk where the cargo will be unloaded.

According to regional authorities in Chukotka a replacement will come in early January when nuclear-powered container ship Sevmorput will bring the cargo to destination.

The deal was made in an meeting with Rosatom, the Chukotka government informs.

The difficult situation in the area has reportedly been discussed on a high federal level. Without the deliveries, the remote societies could end up in crisis.

On board the ships that were heading from Arkhangelsk to Chukotka were loads of construction materials for several major industrial projects in the region, among them the Baimsky ore processing project and the Kekura gold project. The ships also carries materials for the new power line between Pevek and Bilibino, as well as the new landing strip at the Pevek airport.

“Akademik Lomonosov” is moored at a special constructed pier in Pevek. Photo: Rosatom

The remote region of Chukotka is fully dependent on deliveries by ships.

The complicated ice conditions on the Russian Arctic shipping route have taken shippers by surprise. The waters along the eastern parts of the sea route were ice-covered already in late October, which is several weeks earlier than normal. By early November it was almost impossible to sail through the area without assistance from a powerful icebreaker.

Among the ships that has spent the last weeks in ice capture is Finnish bulk carrier Kumpula, which left the Korean port of Busan on the 28th of October and was to arrive in Skagen, Denmark, on the 22nd of November. The 197 meter long vessel with ice-class Arc4 in early November sailed through the Bering Strait and into the Chukotka Sea from where it was escorted by nuclear icebreaker Vaigach into the East Siberian Sea.

The Vaigach escorted Kumpula together with oil tanker Vladimir Rusanov and cargo ships Selenga and Severnyi Proect to a spot north of the New Siberian Islands where the ships were abandoned. The icebreaker subsequently sailed to rescue other ships in the area.

Among them were the bulk carriers UHL Vision, Golden Suek, Golden Pearl, Nordic Quinngua and Nordic Nuluujaak. These ships were on the 20th November brought towards ice-free waters in the Chukotka Sea, nuclear power company Rosatom informs. 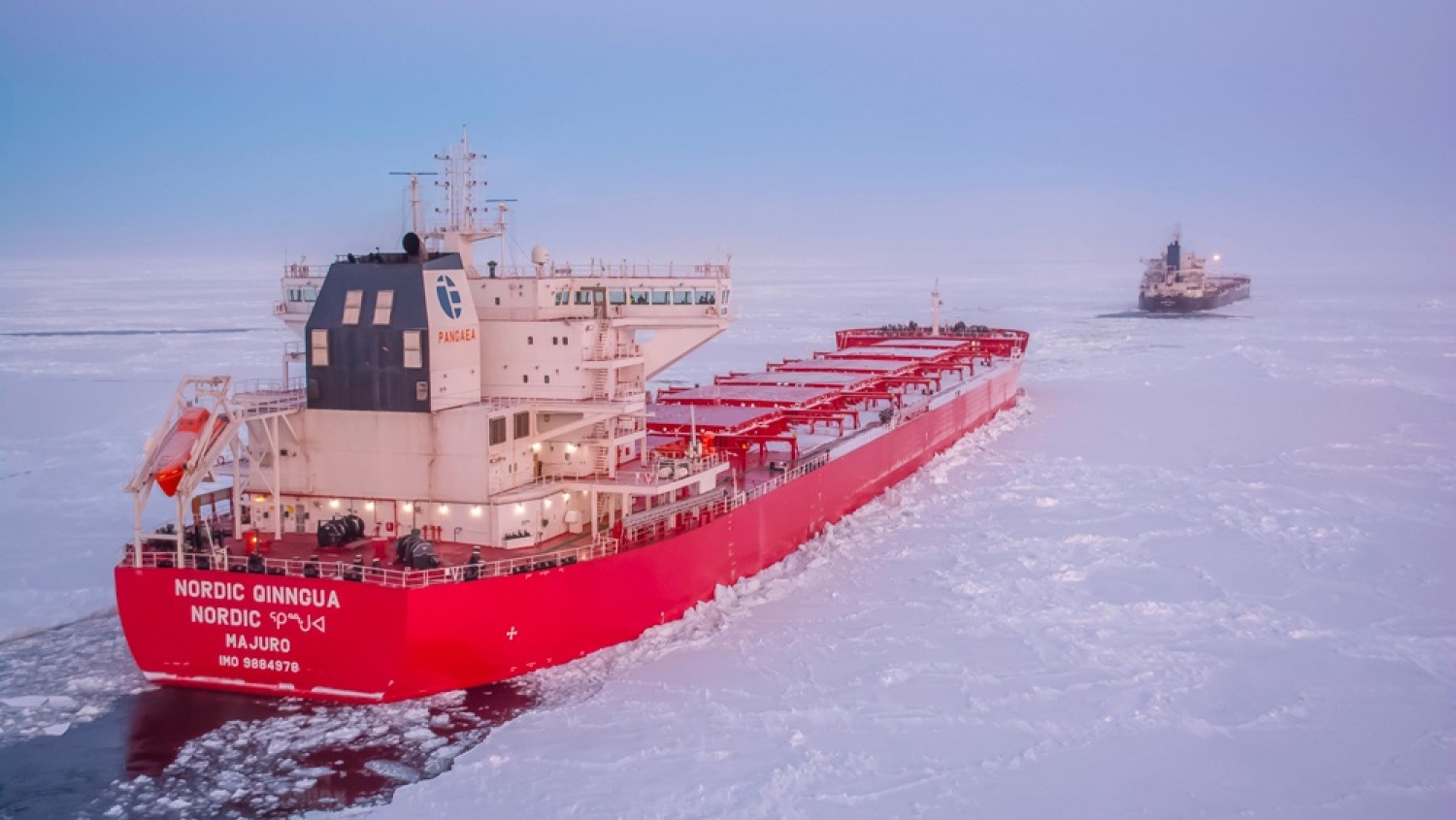 The Nordic Quinngua escorted out of the East Siberian Sea. Photo: Rosatom

The Vaigach subsequently set course for Pevek where it took on the escort of three cargo vessels. The convoy was on the 24th of November sailing north of the New Siberian Islands.

Finnish bulk carrier Kumpula has been trapped for weeks north of the New Siberian Sea along with three other vessels. Meanwhile, the Kumpula and the other three vessels will have to wait for several more days in the pitch dark polar night before they are rescued.

Ship owner ESL Shipping has not responded to a request for a comment to this story.

According to Rosatom, nuclear icebreaker 50 Let Pobedy will come to the assistance in early December and shortly later also the brand new Arktika will be ready for service in the region.