Strive To ‘Stand Out’ Not To Be ‘Left Out’ 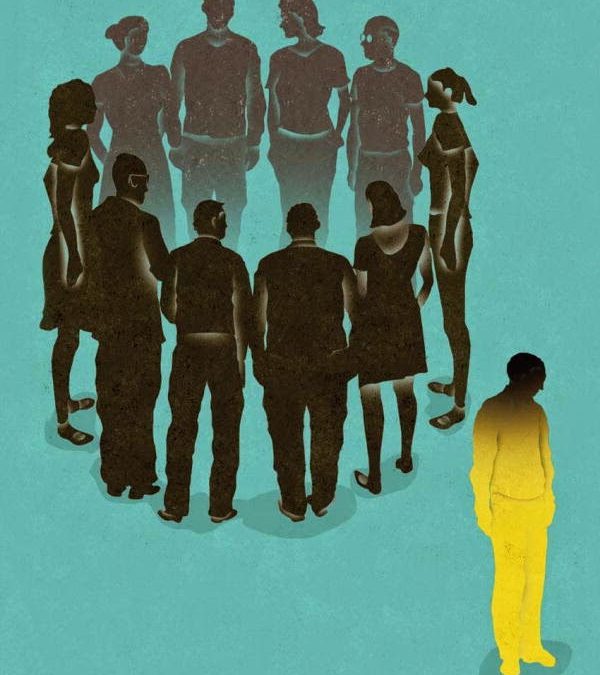 Imagine yourself being excluded from a group or a circle you thought to be an integral part of. Disturbing, isn’t it? Being left out is a painful emotional state that makes us feel lonely and distanced from everyone else. Be it getting sidelined in a group of friends, society members or any other institution. For that matter, even a player in a team never wishes to be left out by his/her team members. Although exclusion from any circle may hurt us, being left out by our family and close ones is harrowing and stirring. Having said that, a person is not excluded from a group in a day, it is a gradual transpiring phenomenon that leaves us in dismay once it gets materialised. Exclusion from a circle unfolds in three steps; beginning with the realization of being left out, followed by the agony and then finally detachment from the members.  Sometimes, the fear of being left out compels people to conform to the norms and ideologies of the members in the circle they want to be with even if they don’t agree with the said norms. But where does this exclusion root from? Well, everything here begins with differences in opinion. When we hold an opinion that is different from that of other members of our group, we experience rifts leading to arguments, escalating into revolts and finally taking the shape of destructible weapon of egoistic drives. The moment ego steps in; human relationships get robbed of everything. You may wonder why can’t one have a dissimilar perspective among the members of the group and yet manage to be a part of it. Actually, this is where the crux of exclusion lies. The differences of opinion, revolt and ego clashes emerge from the need for a member of a group or family to hold power and control among other members. The want for being influential in a circle is a human behaviour; it is no peculiar to certain human beings. However, the gripping question that pops up is whether the desire to hang on to an influential position in a group or a family is worthy enough to disrupt the harmony, togetherness, attachment and moreover the support of our close ones? While we accept that the pain of exclusion can only be truly felt when it comes from close ones; to remain in a position opposite to being left out is always worth it, being on the side opposite to losing bonds is worth it and being on the side opposite to losing our peace to our ego is worth it!