Stonepeak To Acquire Teekay LNG In A $6.2 Billion Transaction 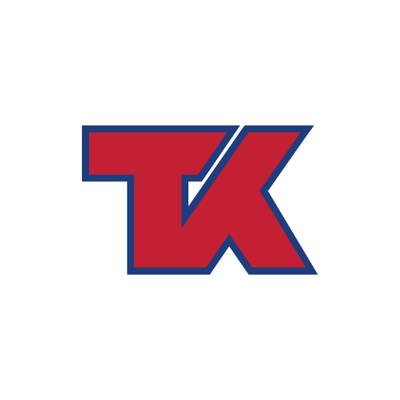 Teekay LNG Partners L.P. (Teekay LNG) (NYSE:TGP) and Stonepeak, a leading alternative investment firm specializing in infrastructure and real assets, today announced that they have entered into an agreement and plan of merger (the Merger Agreement). Under the Merger Agreement, investment vehicles managed by Stonepeak will acquire (a) all the issued and outstanding common units representing limited partner units in Teekay LNG, including approximately 36.0 million common units owned by Teekay Corporation (Teekay) (NYSE:TK), and (b) 100 percent of Teekay’s ownership in Teekay LNG’s general partner, Teekay GP L.L.C. (Teekay GP), which includes an economic ownership interest equivalent to approximately 1.6 million Teekay LNG common units, for $17.00 per common unit or common unit equivalent in cash (collectively, the Transaction), representing an enterprise value of $6.2 billion, including consolidated and proportionate joint venture net debt, and $1.5 billion in common unit equity value. The $17.00 per unit acquisition price represents a premium of 8.3 percent to the closing price of Teekay LNG’s common units on October 1, 2021 and premiums of 12.3 percent and 17.5 percent to the volume-weighted average price of Teekay LNG’s common units over the last 60 and 180 days, respectively.

“This is a transformative transaction for Teekay LNG that will enable existing unitholders to realize an attractive valuation and immediate liquidity on closing,” commented Mark Kremin, President and CEO of Teekay Gas Group Ltd. “Under Stonepeak’s ownership, we expect Teekay LNG to have improved access to competitively priced capital for both fleet renewal and potential future growth in the next phase of our development, which has not been available through the public equity capital markets for many years. We are excited to partner with Stonepeak and look forward to continuing to build our leading market positions, while maintaining our strong focus on operational excellence. We believe that the combination of our existing management and operations teams with Stonepeak, which has a long track record for investing in energy infrastructure, will provide substantial benefits to our customers, employees, joint venture partners and capital providers in the future.”

“Stonepeak has long recognized the growing global demand for LNG and importance of natural gas as a bridge fuel, particularly as the world continues to shift toward cleaner sources of energy,” said James Wyper, Senior Managing Director at Stonepeak. “Through this transaction, we have an exciting opportunity to invest in a critical energy transition infrastructure business in the form of Teekay LNG’s high-quality, modern fleet of vessels and stable long-term customer contracts. We are particularly excited to partner with Teekay LNG’s best-in-class management team to bring cheaper, cleaner, more reliable energy supply to all parts of the world, especially in Asia where we have been active investors in the ongoing shift to cleaner fuels and renewables.”

“Since the initial public offering in 2005, Teekay has built Teekay LNG into the world’s third largest independent LNG carrier owner and operator, with one of the biggest and most diversified portfolios of long-term contracts with leading players in the LNG industry,” commented Kenneth Hvid, Teekay’s President and CEO. “We believe this Transaction represents a unique opportunity to monetize our position in Teekay LNG while realizing an attractive return on investment for Teekay and for Teekay LNG common unitholders. This Transaction also provides Teekay with greater financial flexibility to leverage its existing operating franchise and industry-leading capabilities to pursue attractive investment opportunities in both the shipping sector and potentially in new and adjacent markets, which we expect to be dynamic as the world pushes for greater energy diversification.”

The Transaction has been approved by the Board of Directors of Teekay GP and Teekay, including the unanimous approval of the Conflicts Committee of Teekay GP, and is targeted to close by the end of 2021. The Transaction remains subject to approval by a majority of Teekay LNG’s common unitholders at a special meeting to be held in connection with the Transaction, and the satisfaction or waiver of certain customary closing conditions. Teekay, which currently owns approximately 41 percent of Teekay LNG’s outstanding common units, has entered into a Voting and Support Agreement to vote in favor of the merger.

Promptly after the completion of the Transaction, the common units of Teekay LNG will be delisted from the New York Stock Exchange. The Series A and B preferred units of Teekay LNG are expected to remain outstanding and continue to trade on the New York Stock Exchange following the completion of the Transaction.

Teekay is a leading provider of international crude oil and gas marine transportation services. Teekay provides these services primarily through its directly-owned fleet and its controlling ownership interests in Teekay LNG Partners L.P. (NYSE:TGP), one of the world’s largest independent owners and operators of LNG carriers, and Teekay Tankers Ltd. (NYSE:TNK), one of the world’s largest owners and operators of mid-sized crude tankers. The consolidated Teekay entities manage and operate total assets under management of approximately $9 billion, comprised of approximately 130 liquefied gas carriers, conventional tankers, and other marine assets. With offices in 10 countries and approximately 5,350 seagoing and shore-based employees, Teekay provides a comprehensive set of marine services to the world’s leading oil and gas companies.

Teekay’s common stock is listed on the New York Stock Exchange where it trades under the symbol “TK”.

Stonepeak is a leading alternative investment firm specializing in infrastructure and real assets with approximately $39 billion of assets under management. Through its investment in defensive, hard-asset businesses globally, Stonepeak aims to create value for its investors and portfolio companies, and to have a positive impact on the communities in which it operates. Stonepeak sponsors investment vehicles focused on private equity and credit. The firm provides capital, operational support, and committed partnership to sustainably grow investments in its target sectors, which include communications, energy transition, power and renewable energy, transport and logistics, and water. Stonepeak is headquartered in New York with offices in Houston, Austin and Hong Kong.