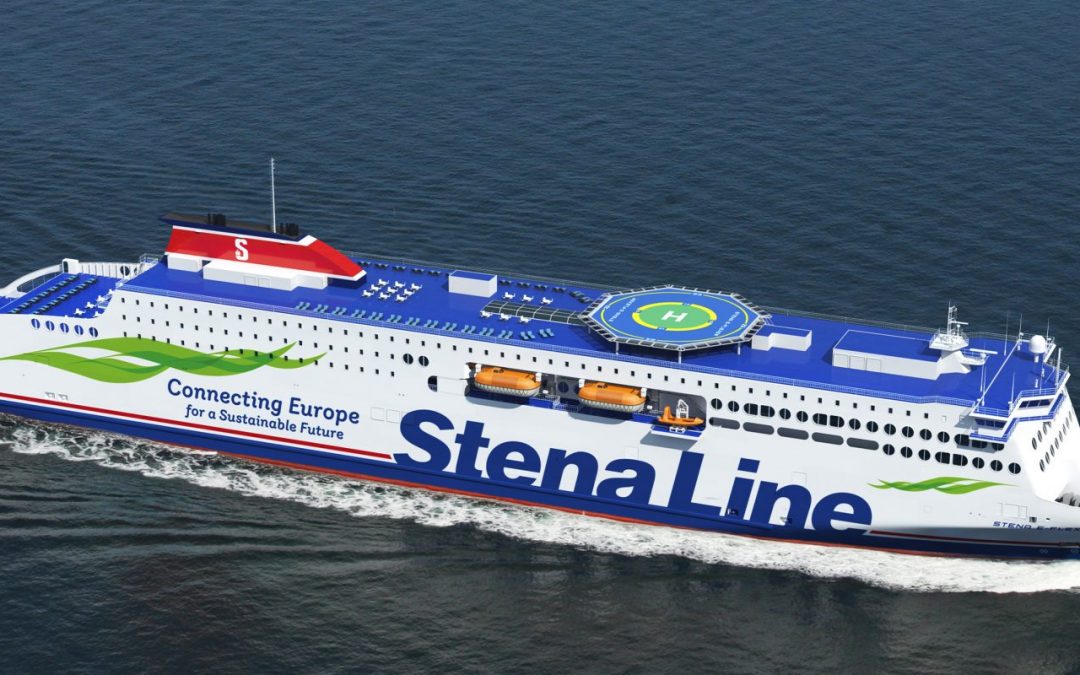 The delivery ceremony took place at the CMI Jinling Weihai Shipyard in China on 19 November.

Stena Embla is the third of five next-generation roll-on/roll-off passenger (RoPax) vessels ordered from CMI Jingling by Stena Line and Stena RoRo. The last two ships from the batch, which are somewhat larger, are scheduled for delivery in 2022.

A month ago, Stena Embla successfully completed its sea trials in China’s Yellow Sea. During the sea trials, the ship’s engine performance and fuel consumption were tested together with navigation and radio equipment, emergency systems, speed, maneuverability, and safety.

In a week’s time, the newbuilding will start its long journey to the Irish Sea, Stena Line said on LinkedIn.

At 215 metres in length with a freight capacity of 3,100 lane meters, Stena Embla will join its sister ship Stena Edda providing a combined increase in freight tonnage on the Belfast to Liverpool route of 20 per cent. Each ship also has the space to carry 120 cars and 1,000 passengers.

The new Stena Line ferries are 25% more fuel-efficient than existing vessels. With the E-Flexer class, the company has set a new standard in terms of emissions, cost and energy efficiency, as well as performance.

In its sustainability report for 2019, the ferry company said it managed to cut its total CO2 emissions by 1.7 per cent, corresponding to 24,000 tonnes of CO2 in total. The reductions mean that Stena Line is ten years ahead of the industry’s reduction goals and that it already meets the International Maritime Organisation (IMO) targets for 2030 of a 40% reduction in CO2 emissions efficiency from 2008-2030.