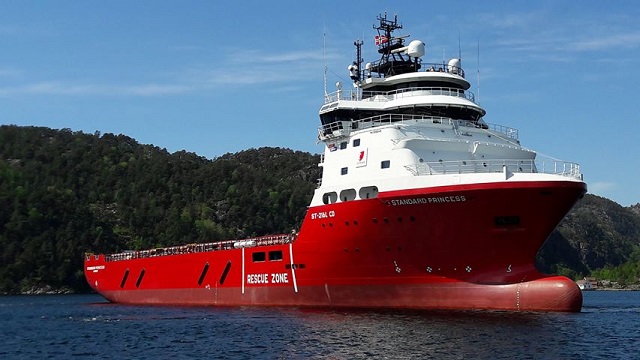 Standard Drilling reported on Wednesday that it has completed the sale of its PSV Standard Princess through a wholly-owned subsidiary.

The company announced in November 2021 that it had entered into a memorandum of agreement to sell this PSV for $10.3 million and confirmed that proceeds from the vessel sale and any future divestments of the offshore fleet will be directed towards more liquid investments within its core sectors.

The PSV Standard Princess with 1,060 square metre deck space was built in 2008 at Aker Brattvaag in Norway. As previously report, the vessel was under contract several times over the past few years. This PSV worked for Allseas from September 2018 until February 2019. Afterwards, the vessel scored a long term contract in March 2019, with an undisclosed customer and then, in December 2020, the platform supplier started its nine-month firm contract with CNR.

Following the sale, Standard Drilling will control – directly and indirectly – in addition to the investment portfolio, a fleet of seven PSVs. The remaining fleet will consist of two large 1,000 square metres PSVs, which are 100 per cent owned by Standard Drilling and five medium-sized PSVs with approximately 28 per cent ownership interest.

It is worth reminding that Standard Drilling, as a shareholder in Noble Corporation, informed in November that it would vote against the proposed merger between Noble and Maersk Drilling, believing this would not be the merger of equals despite “appealing optics.”