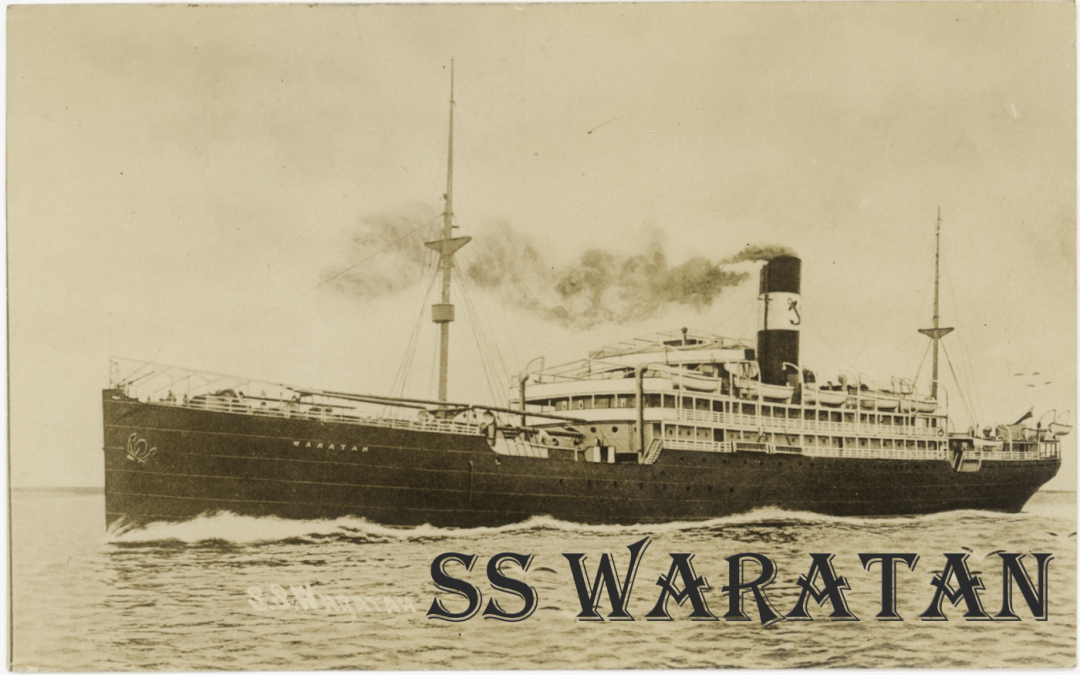 We all know about the Titanic and its fateful journey. But have you heard of “Australia’s Titanic”? In our series today we shall read about the 100-year-old lost ship, a ship before the Titanic, famously known as, “SS Waratan”, the ship that remains lost but not forgotten.

The SS Waratan, The Blue Anchor Line Steamship known as Australia’s Titanic, was launched, and set sail in 1908. She weighed about 10,000 tons and was about a 50-foot-long steamer. She gets her name “Waratan” from the emblem flower of New South Wales, Australia. Her architecture was designed to appeal to the passengers, giving them a luxurious experience through her massive first-class cabins, accompanied by the luxurious music lounge that completed the grandeur of the passenger and cargo liner Waratan.

As she was heading on her return voyage from Australia through Cape Town, what led to her loss was the unforeseen weather conditions at sea, with the wind and waves gushing forth up to 30 feet high. Her passenger ship “Guelph”, making contact through exchanging lamp signals, couldn’t help reaching out due to the poor visibility at sea. Waratan lost herself to the stormy rough sea along with more than 400 passengers and crew on board and was known for carrying a cargo of 1,000 tons of lead.

She is remembered to this day in books, articles, and stories about her mysterious loss at sea. Many rumors and expert comments tell us about her reasons for sinking and disappearance for more than 100 years, making her the most sought-after exploration taken by divers. Numerous efforts made by explorers to find her wreck to date have been unsuccessful, but with hope in their hearts, explorers look forward to finding her someday, though it is likely she will never be found. The uncertainty of the “SS Waratan” tragedy has rooted in a desire among explorers to learn more about sea life and grant rest to the Waratan in memory of her crew and passengers, hoping to bring her journey to a peaceful end.