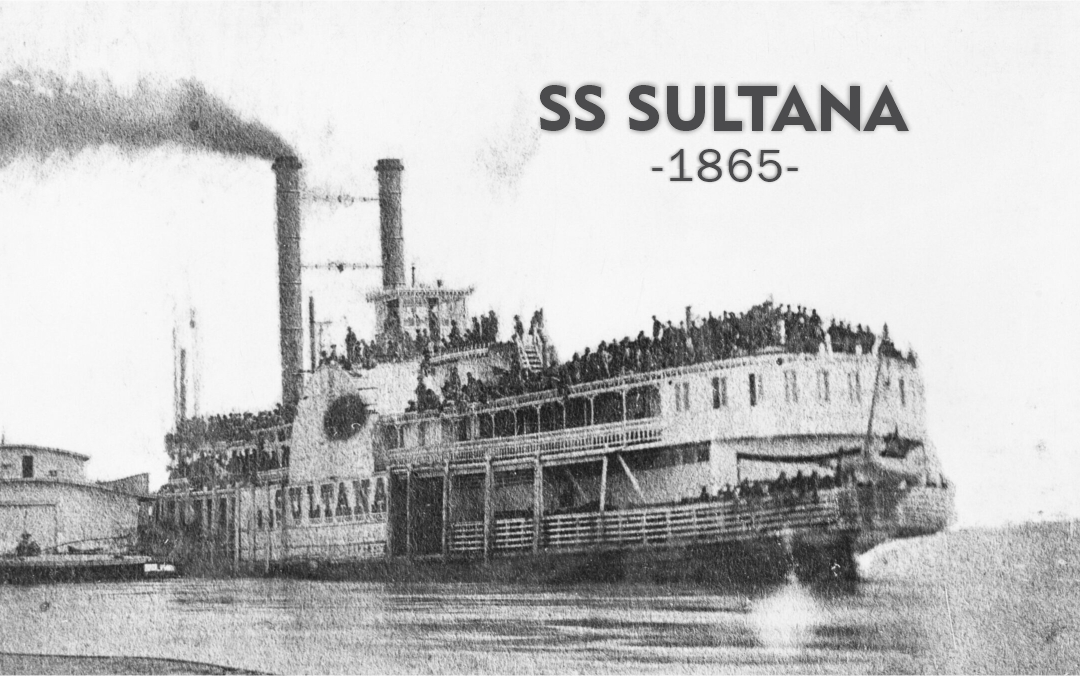 Accidents, human error, harsh weather, and actions during wartime are among the things that could cause a ship to sink to the bottom. While some nautical disasters, such as the sinking of the Titanic, have captured the popular imagination, there are others involving significantly great loss of life that have remained relatively unknown. Shipwrecking is not always a good thing to happen. Indeed, several maritime accidents in the past have shown us how bad they are and the uncountable loss they cause. The discovery of shipwrecks has unveiled the remarkable stories behind the vessels and the lives of the people that sailed on them. However, they are shrouded in mystery, having never been raised from the depths of the sea: Over countless centuries, there have been many ships that have fallen prey to accidents because of natural calamities as well as human interference.

The next one on our list of Major Shipwreck in the History of Maritime is the SS Sultana (1865), following the coverage of the MV Dona Paz explosion, which described an unprecedented disaster in the history of the maritime world. In this blog, we will take you through the pages of history to find some of the exquisite maritime treasures that have been lying on the ocean’s floor.

Historically, many of these ships or vessels blew up when their boilers exploded. Others were wrecked in skirmishes, crashes, or being caught in battle. Possibly the most famous and least noticed, as it happened just after Lincoln’s assassination, was the SS Sultana, killing 1800 to 2400 people when one of the boilers exploded on the Mississippi river.

Sultana was a Mississippi River side-wheel steamboat. On April 27, 1865, the boat exploded in the greatest maritime disaster in U.S. history. An estimated 1,800 of her 2,427 passengers died when three of the boat’s four boilers exploded, burned to the waterline, and sank near Memphis, Tennessee. Around 2 a.m., some two hours after leaving Memphis, the Sultana was paddle-wheeling through a group of islands called “Old Hen and Chickens.” North of Marion, Ark., one boiler exploded—probably the repaired one, followed by the other three. The ship sailed the Ohio and Mississippi Rivers, mainly from St. Louis to New Orleans. Sultana was frequently commissioned by the War Department to carry troops. The ship was state of the art, and was used to carry the most modern safety equipment-safety gauges. More than 1,800 men, mostly Union soldiers on their way home from Confederate prison camps, died. On board were over 2,400 passengers, six times the ship’s legal capacity. Although jubilant about the war’s end, most of the men were weakened by malnutrition and disease from their imprisonment at Andersonville and Cahaba. They were to travel down the Mississippi to the Cumberland River, which flows into the Ohio from southern Illinois. Hundreds who were not killed in the explosion drowned in the cold, swift waters of the muddy Mississippi River. Soon, the ship that was built to carry 376 passengers, including 85 crewmembers, had 2,137 people on board—plus the animals. Adding to the weight were 100 hogsheads of sugar stored in the hold and serving as ballast, but the greedy captain and a corrupt Union quartermaster loaded it up with more than 2,400 souls. Most were veterans returning to Indiana, Illinois, Ohio, and Kentucky. The terrific explosion flung some of the deck passengers into the water and destroyed a large section of the boat. The twin smokestacks toppled over; the starboard one backwards into the blasted hole, and the port one forward onto the crowded forward section of the upper deck. Help came an hour later, when another steamship travelling downstream saw the still-burning wreckage and started fishing soldiers and crew from the water. In nearby Memphis, survivors strong enough to tread water or grip flotsam began streaming past the waterfront, yelling for help. Soon, every boat able to fight the Mississippi’s waters came to the site of the Sultana explosion, rescuing as many men as possible.

As a result, the explosion of the Sultana has been all but passed over in the pages of history. An investigation was also conducted, but no one was ever charged. All of that happened in the month of April 1865, and few Americans knew about it. There was hardly any publicity about that horrific event because it was overshadowed by other big events that month—including the end of the Civil War with Lee and Grant meeting at Appomattox Courthouse in Virginia, Lee’s Farewell Address to his Army of Northern Virginia, and President Lincoln’s assassination and search for John Wilkes Booth. The tragedy of the SS Sultana on the Mississippi River took the lives of an estimated 1,700 people, and remains the biggest maritime disaster in American history.