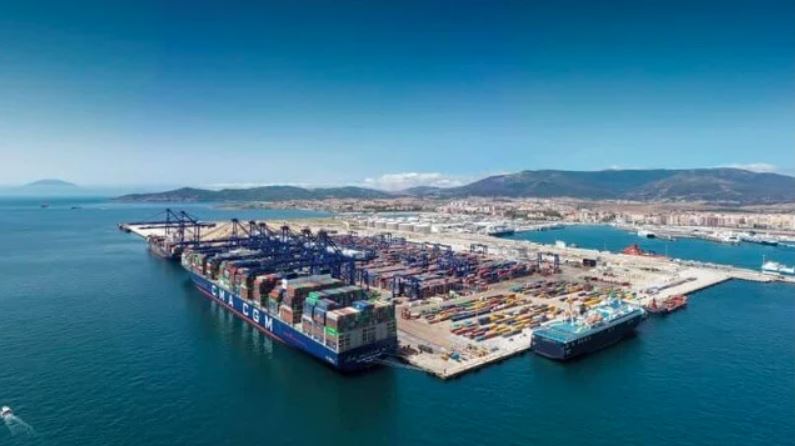 Spanish authorities are working to determine the details of a cocaine smuggling operation after a series of discoveries aboard a CMA CGM containership that had arrived from Colombia. After being thoroughly searched, the authorities released the vessel on July 6 for it to proceed to its next port while they continue to investigate the circumstances of their discoveries.

Local media reports indicated that the police were targeting the CMA CGM Voltaire when the vessel arrived at the Port of Algeciras, Spain on July 5. It is believed they had become aware of the potential of narcotics being smuggled aboard the vessel last week after possibly being tipped off by the crew aboard the containership. Local reports indicate that crew discovered the possibility that their vessel was being used to transport the illegal drugs.

In a coordinated effort between the Guardia Civil, Policía Nacional y Aduanas, and customs authorities, the officers boarded the vessel shortly after it docked in Spain mid-day Tuesday. The police reported searching the vessel and discovering a hidden compartment saying it appears to have been sealed “in a peculiar way,” which raised their suspicions. Opening the compartment, they discovered 12 bags of packaged drugs. It was determined to be 417 kilos of cocaine.

Reviewing the details of the case, the police said it was unusual to find the drugs hidden in a compartment on the ship, suggesting that the plan was to drop them overboard at some point. They said typically most of the smuggling happens in containers being landed from the ships. They doubted that the drugs were originally destined for Algeciras.

Media reports believed that they also took into custody a Colombian citizen who was possibly working on the ship or a stowaway. The reports suggested that the person was attempting to jump overboard.

Spanish authorities returned to the CMA CGM Voltaire on Wednesday morning for a second inspection. During this visit, they also brought along divers to check the hull of the vessel and discovered additional packets of cocaine hidden in a sea chest. Reports indicate that approximately 300 additional kilos were found hidden in the hull of the containership.

The authorities are continuing their investigation, but the CMA CGM Voltaire was permitted to proceed to Malta late on July 6.