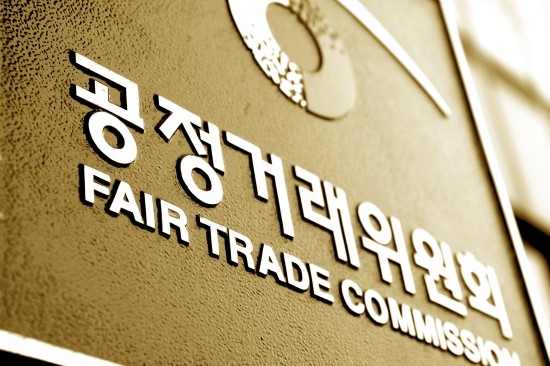 For the second time in 2022, South Korea’s Fair Trade Commission has found widespread collusion and price-fixing among shipping companies operating between South Korea, Japan, and China. Today the commission leveled more than $63 million in fines against 15 shipping companies operating routes to Japan while also ordering the companies sailing to China to stop their actions restricting competition on the routes. They, however, reported not detecting similar violations on routes to North America and the EU.

The FTC has a contentious history with the shipping industry in South Korea. They have repeatedly accused the lines of working in concert to limit competition, fix prices, and carve up the market among the participants in the schemes. In the latest cases, they are also contending the firms that did not participate in the cooperation were penalized with steps including prohibitions on container storage and cancellation of reservations in an effort to force those companies to accept the agreed freight rate.

Describing the punitive actions against the industry, the FTC said, “These moves will help pave the way for ending shipper’s price-fixing practices that were illegal beyond the permitted scope of cooperation.”  In their report, the commission cited 76 instances on the Japan routes between February 2003 and May 2019. They showed how companies agreed on various freight rates, including the lowest level for basic freight rates, the introduction and increase of various rates, and bidding prices for larger shippers. They said that the companies also agreed “not to rob each other of cargo” and protect existing shipping companies to maintain their existing customers.

The shipping companies argue that under Korean law they are permitted to take collective actions on freight rates. They respond to the allegations by citing the rules under the maritime shipping act that permit collaboration and further changes in the law enacted by South Korea’s parliament.

The 15 shipping companies included in the punitive action the FTC reported controlled between 86 and 93 percent of the market. HMM was the largest company included in the action, but with a comparatively small fine of just $39,000 due to its limited role on the routes. The largest fines neared $12 million for several domestic shipping companies, including Korea Marine Transport, Heunga Line, Goryeo Shipping, Janggeum Merchant Marine, and Namsan Shipping. SM Merchant Marine was fined $150,000 and Hong Kong-based SITC Container Lines was the only international firm included with a fine of approximately $100,000.

Additionally, the FTC also found similar examples of collusion between 16 domestic and 11 foreign shipping companies operating between South Korea and China. Those 27 shipping companies they said controlled between 70 and 84 percent of the market. They said the cooperation began in 2002 on the routes to China and between January and December 2018 they found a total of 68 container sea freight rates had been agreed upon and implemented among the group.

The FTC, however, said that it was only ordering the firms to cease these business practices and not fining them due to the circumstances on the Chinese routes. “The act of colluding on Korea-China routes isn’t much different from that on the Korea-Southeast Asia or the Japan routes,” said Cho Hong-sun, director general of the FTC’s cartel investigation bureau. “But the collusion was committed when the governments of both countries — Korea and China — had already limited competition by restricting cargo volume as agreed under a shipping agreement. Thus the impact or the damages were relatively small.”

The FTC previously fined the shipping companies for collusion and price-fixing on routes to Southeast Asia. In January 2022, they imposed fines totaling nearly $81 million on 23 domestic and international shipping companies accusing them of colluding to set freight prices between 2003 and 2018 on those routes.

In the future, the FTC plans to work closely with the Ministry of Oceans and Fisheries to improve the regulatory systems. The goal is to strengthen the oversight through joint management by the shipping authorities to prevent damage to import and export shippers.