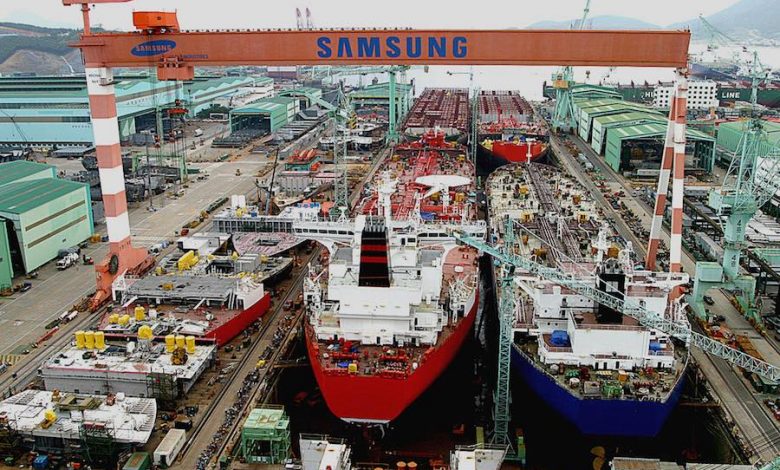 The agreement calls for the two sides to cooperate in the design of an offshore facility based on a small modular reactor, development, and performance verification of technology and equipment, and development of the business model and economic evaluation of offshore nuclear plants.

“We aim to start commercial operation of the marine MSR in the mid-2030s,” Lee Dong-hyung, the chief of the KAERI’s innovation strategy department, said in a June 17 interview.

“The use cycle of nuclear fuel for MSR is more than 20 years, which is the same as the vessel’s own life cycle, so there is no need [for the reactor] to be replaced, once installed. Furthermore, MSR is so small that it can be fitted on a vessel,” he said.

Lee said the push for a marine MSR is aimed at coping with toughening regulations on carbon emissions from marine transport.

“MSR is a kind of small modular reactor that has been emerging as a carbon-zero nuclear energy source,” Lee said.

“MSR is a carbon-free energy source that can efficiently respond to climate change issues, and the development of MSR-based marine transport vessels would be a game-changer in international logistics,” he added.

Samsung Heavy, owned by South Korea’s biggest business conglomerate Samsung Group, said its push for an MSR is part of efforts to build eco-friendly vessels to cope with the International Maritime Organization’s, marine fuel regulation, citing the IMOs new shipping fuel mandate, which limited the sulfur content of fuels to 0.5% starting in 2020, down from the 3.5% previously.

South Korea’s top power equipment maker, Doosan Heavy Industries & Construction, has, since 2019, had a strategic partnership with NuScale Power, a US small modular reactor development company. NuScale plans to supply four or more 77-MW reactors for the first US SMR power plant, proposed to be built in Idaho for an association of municipal power companies in several western states.

Doosan supplies key components to NuScale to be used for the construction of SMRs. Doosan Heavy, along with other South Korean companies, has invested $440 million in NuScale.

Moon, who has long vowed to reduce the country’s reliance on nuclear energy in electricity generation to address public concerns over nuclear safety, has recently moved to push for the development of SMRs to help achieve carbon neutrality. SMRs are usually defined as nuclear reactors with an output of less than 300 MW, making them much smaller than most existing nuclear power units, which can range up to 1,600 MW in capacity.

In a sign Moon could be tempering his nuclear energy stance, he agreed with US President Joe Biden at their summit May 21 to jointly work to export nuclear power plants.

“We commit to develop cooperation in overseas nuclear markets, including joint participation in nuclear power plant projects while ensuring the highest standards of international nuclear safety, security and nonproliferation are maintained,” Moon and Biden said in their joint statement May 21.

KAERI’s Lee said SMRs can be the main item of cooperation between South Korea and the US for reactor exports.