South Korea Proceeding With Privatization Of HMM In 2022 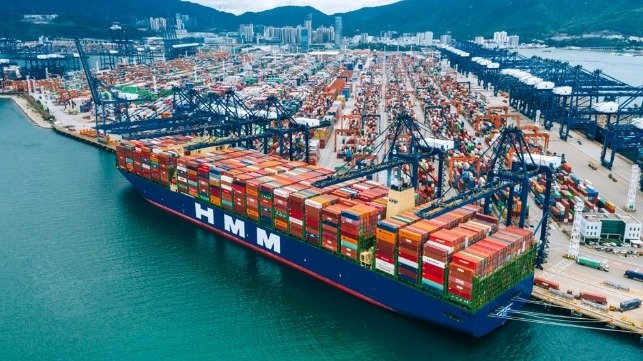 The South Korean government confirmed that it is proceeding with a plan to return ownership of HMM, Korea’s large shipping company, to private investors in 2022. The move will come six years after the government through its investment banks stepped in to save the former Hyundai Merchant Marine from bankruptcy and follows the government’s successful efforts earlier this year to diverse of similar positions in midsized shipbuilders.

There has been speculation in South Korea for much of 2021 that the government was seeking a buyer for HMM. Banking officials said work was proceeding on a plan to sell investments now that the shipping company regained stability. The plan is being furthered by the strong revenues HMM, like other containership operators, is generating during the current surge in the sector.

The undersecretary of the Ministry of Oceans and Fisheries briefed reporters on the plans for HMM at a press conference on November 23. “The roadmap includes a large-scale sale of HMM, as well as plans for the conversion of bonds into stocks,” the minister said during the briefing. He expects the plan will be finalized by the end of the first quarter of 2022, saying that the search for an appropriate buyer has already begun. As with prior transactions, the likely buyer will be one of Korea’s large conglomerates and the government will not seek offers from international buyers.

Korea Development Bank became involved with HIMM in 2016 when the bank made a debt deal to save the troubled shipping company. KDB and Korea Ocean Business Corporation currently hold more than 40 percent of the shares of the shipping company in addition to large positions in convertible debt. If all the convertible debt was exercised, the government through the two banks would hold more than 70 percent of HMM’s equity.

Eom said the plan would include a strategy for the convertible debt but that they were unlikely to exercise all of it at this time as it would complicate the sale. “If you own 70 percent of the stock, it is difficult to find a buyer, so I think it would be appropriate to hold 50 percent plus one share.” In June, KDB said that it planned to convert more than$250 million of debt into shares giving it a position equal to just under 25 percent of HMM.

The rescue plan for HMM had focused on revitalizing the fleet with new, more efficient vessels to lower operating costs. The minister said the plan projected that HMM would be able to generate at least $170 million in operating profit with the new low-cost structure created by building the fleet of ultra-large containerships. He noted that the company is on track to far exceed those projections based on the current strength of the container market.

Through KDB, the government has been following a similar strategy to return other maritime industry companies to private investment. In 2019, they agreed to sell Daewoo Shipping & Marine Engineering to Hyundai. In 2021, deals were completed for three of Korea’s midsized shipbuilders, including STX Offshore & Shipbuilding as well as Hanjin Heavy Industries & Construction and Daesun Shipbuilding Engineering.

The minister highlighted the success of the privatization of the shipbuilders. Orders at K Shipbuilding, formerly STX, have increased nearly fourfold in 2021 along with the launch of new partnerships for advanced ship technologies. Hanjin, which had no new orders in 2020, won its first commercial shipbuilding contracts in six years in 2021, and in the first nine months of 2021 Daesun more than doubled orders.

While the government plans to continue to divest its ownership positions, they have also announced new plans to support the development of the shipbuilding industry. In September 2021, President Moon Jae-in pledged to ensure that it is the overwhelming leader focused on the construction of new eco-friendly ships and automated technologies.