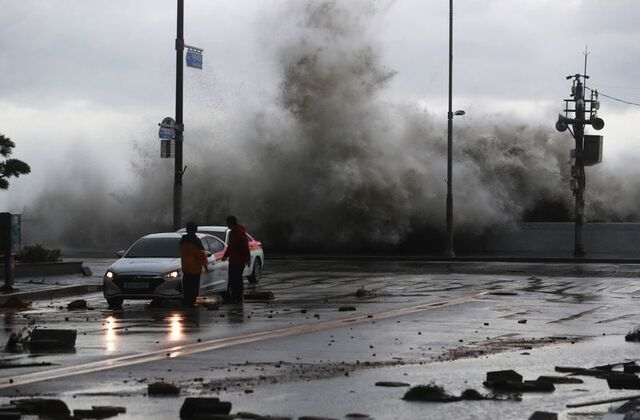 The halt in operations also paused spot premiums for low-sulphur bunker fuel offered at these ports this week at about $60 per tonne over Singapore fuel oil quotes, bunker fuel traders at South Korean companies said.

Operations are likely to resume gradually later in the week, though fresh slots for bunkering are likely to start only from next week onwards, the traders said.

A spokesperson at the Busan Port Authority said that the port had suspended operations until 1800 KST (0900 GMT) on Tuesday, Sept. 6, and expected operations to normalise afterwards. There was some minor damage to facilities due to the typhoon, the spokesperson added.

Meanwhile, a spokesperson at the Ulsan Port Authority said the port was expected to resume normal ship entry and departure operations by Wednesday. The port did not suffer any major damage, the spokesperson said.

The typhoon, travelling north at about 52 kilometres per hour (32 mph), left the Korean peninsula about 7:10 a.m. local time off the southeastern city of Ulsan after landing on the coastal city of Geoje, according to the Korea Meteorological Administration.

Typhoon Hinnamnor has forced flight cancellations, the suspension of some business operations and the closure of schools in South Korea. It is now on a course that will take it northeast toward Japan.