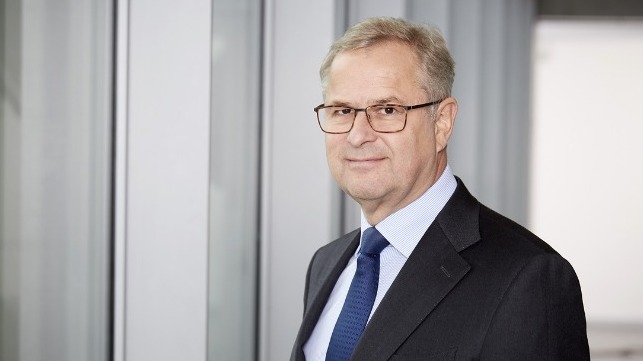 Maersk CEO Søren Skou has thrown down the gauntlet on decarbonization, challenging IMO to set a timeline for phasing out the use of fossil fuels in shipping.

“The European Commission is proposing to end production of combustion engine cars in 2035. The International Maritime Organization should do the same for fossil fueled ships with ambitious targets and measures to decarbonize shipping,” Skou said in a social media post Friday.

Skou has been an outspoken advocate for a full industry transition to zero-carbon fuels, and he has been especially critical of competitors’ efforts to transition to liquefied natural gas, an alternative fossil fuel offering some reduction in lifecycle emissions. “It’s just not a solution, and we should stop talking about LNG as something that has something to do with [addressing] climate change,” Skou said in a webinar forum in June.

Earlier this year, Skou called for a carbon tax of at least $450 per tonne of bunker fuel, the most ambitious decarbonization proposal from an industry player to date. The levy would be far higher than ICS’ proposed $2 bunker levy or the Marshall Islands’ $100 tax plan, though it is still substantially lower than Trafigura’s estimate of $750-900 per tonne of bunkers for an effective GHG tax.

“Combined, a global carbon tax and an end date for fossil fueled ships would be a strong signal to the shipping ecosystem – including yards and fuel producers – about which way the wind is blowing,” he wrote. “A global ‘drop dead date’ would address future newbuilt vessels, complementing the impact on existing ships from the carbon tax. With a phase-in ending at $450 / tonne fuel, this tax would address the price gap between the fossil fuels of today and the carbon neutral fuels of tomorrow.”

Skou added that by ratcheting up the strictness of EEDI requirements on the same timeline, IMO could “make the end date for fossil-fueled ships a global reality.”