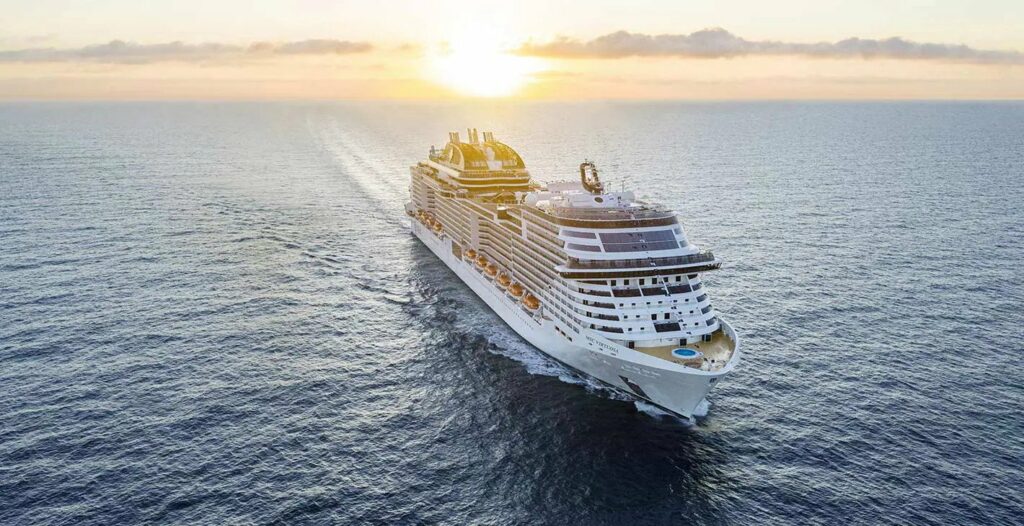 The ship was officially named by the Hollywood actress Sophia Loren who has named 17 MSC Cruises’ ships so far.

Following the naming ceremony, MSC Virtuosa was to depart on November 28 from Dubai for her maiden Gulf voyage with visits to Abu Dhabi, Sir Bani Yas Island and Doha.

The company said it had chosen Dubai to host the ceremony in recognition of its long-term commitment to the UAE and the wider Middle East market.

According to MSC Cruises, MSC Virtuosa represents another milestone on the company’s journey towards reaching the net-zero emission goal by 2050.

To remind, the ship was delivered by the French shipbuilder Chantiers De’l Atlantique at the beginning of 2021. MSC Cruises’ newest Meraviglia-Plus II cruise ship features a length of 331 metres, a width of 43 metres and a maximum capacity of 6,300 passengers.

Together with her sister ship MSC Grandiosa, the two Meraviglia-Plus units are part of the company’s €9 billion investment plan for eleven new next-generation cruise ships that are set to come into service by 2026.

It also features selective catalytic reduction (SCR), an underwater radiated noise system reducing the impact on large-size marine mammals, a ballast water system, a purification system for the wastewater, shore-to-ship power connectivity, as well as other technologies aimed at cutting CO2-emissions including an anti-fouling paint.

MSC Cruises said at the time that this was the last newbuilt ship in the company’s fleet to be powered by conventional fuel adding that it plans to move to LNG as fuel with three LNG-powered ships under construction and expected to be delivered by 2025.