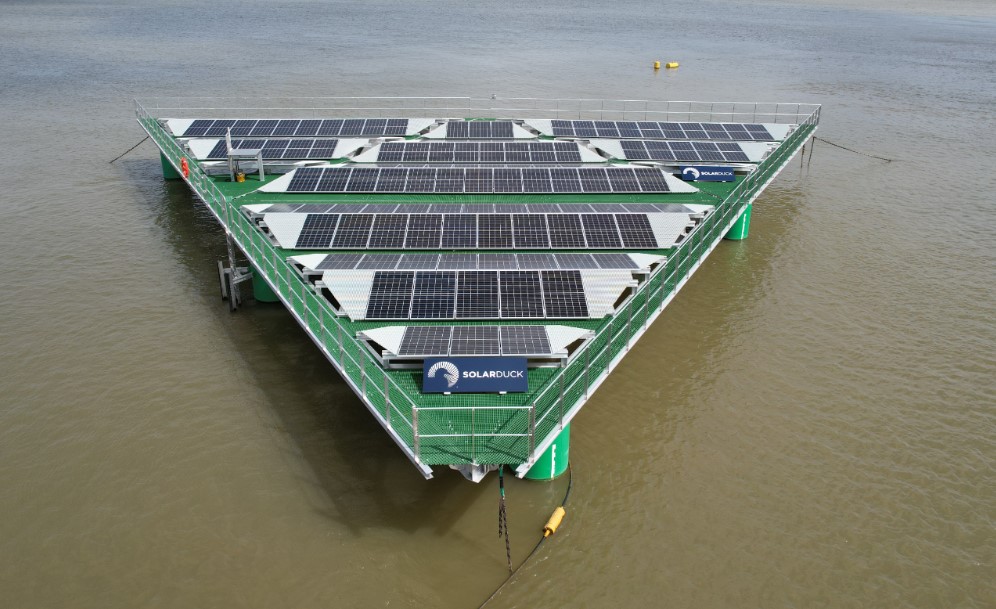 SolarDuck has closed a €4 million funding round with a consortium of investors, set to support the Dutch floating solar specialist on its path towards commercialisation by 2023.

The capital will be used to finalise the technical roadmap and produce the first full-scale floating solar powerplant with a capacity of 500 KWp, to be located off the coast of Ostend, Belgium, by the end of the year.

The consortium of investors consists of Venture Capitalists and strategic investors from the renewable energy industry. The latter is also expected to bring in experience and networks that will assist SolarDuck in developing and financing projects resulting in the application of the technology.

“We take pride in the group of shareholders that we have, all sharing the drive to change the way in which we produce our energy,” said Koen Burgers, CEO of SolarDuck. “With these funds we will be able to finalize the technology roadmap and start delivering the first solar plants, allowing our customers around the world to generate their own electricity at competitive price levels.”

SolarDuck and TNO were selected at the end of March to receive €100,000 to jointly advance the offshore floating solar industry in the Netherlands.

Another milestone came in shortly as the Dutch start-up received what is said to be the world’s first Approval in Principle (AiP) for an offshore floating solar solution from Bureau Veritas.

In that regard, the company teamed up with Pondera to jointly explore the development of 555MWp of offshore solar projects over the coming years.