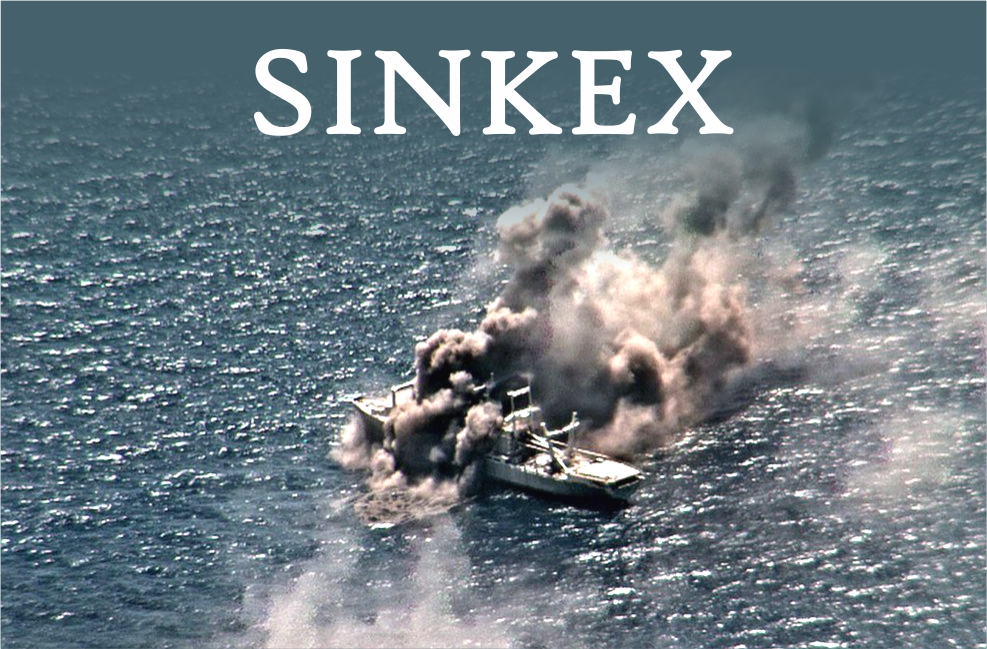 Another method of ship disposal we will discuss today is SINKEX (Sink Exercise) or HULKEX (Hulk Exercise). In this method, the ship is moved away from the beach and destroyed by military weaponry. The ‘Deep Water Sinking Process’ is another name for it. The Navy performs this procedure as part of their Practical Training.

The Navy must examine the ship’s armaments when it is being transported to sea. The ship is blown apart by military weapons. Not only is an unused vessel destroyed, but military armaments are also examined. Non-operational vessels and old war boats which are not in use anymore are considered for this training. It is the most effective method and strategy for getting away with non-operational boats.

The ship should be devoid of any dangerous components, just like in any other shipbreaking operation. The ship must first go through a cleaning procedure in which all harmful substances are removed. The ship is then hauled to the Ocean Bed once it is clean of any harmful chemicals.

When the ship is blasted, it disintegrates into fragments, which eventually sink into the ocean. It is usually preferable to dock the ship on the ocean floor or in an ocean trench in order to protect marine life.

The practice of sinking ships is mostly used in the United States. According to a US report, the Navy primarily operates in Hawaii’s northern isolated areas, Kauai, along the Pacific coast near California, and in Puerto Rico.

The Environmental Protection Agency (EPA) has released a list of things that must be removed from the vessel, and all of the items on the list must be followed. Along with this list, the sinking ship drills must additionally contain the following:

Pros and Cons of SINKEX

The naval cadets who study weaponry and offensive methods will most likely profit the most from such an endeavor. Diverse weaponry, such as underwater artillery, torpedoes, and even targeted airstrikes, are used in practical training.

Setting up a goal zone to carry out these practical exercises becomes less difficult. Sinkex is conducted entirely within the United States’ boundaries, therefore there is no political intervention from any other country.

The most significant drawback is the environment of the region where the sinking exercise takes place. A variety of dangerous and harmful materials are present in the decommissioned warships, which can spread illnesses and problems to nearby towns if left unattended.

It was recently revealed that the navy’s sink ship drills unwittingly created health concerns due to asbestos and other harmful materials. Asbestos on Navy ships has been linked to a variety of health issues in Navy veterans. A considerable quantity of harmful substances is produced during this exercise, putting cadets in danger. Although rigorous research and denuding of the vessel for all possible hazardous elements is required before doing these exercises, the development of a novel variant of cancer has led to the notion that these measures are not being carried out effectively.

The sink drill is not carried out on every non-operational navy vessel, contrary to popular belief. The ships chosen for this mission are chosen only after a thorough examination of each vessel and a cost estimate, adding to the procedure’s naval legitimacy.