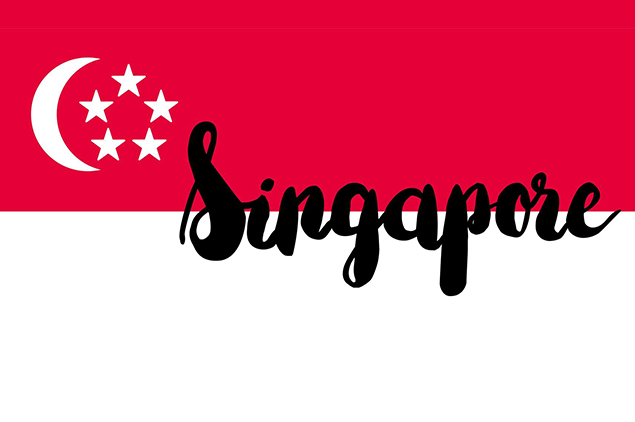 Occupying the fourth position on the list of the Top ‘Ship-Owning Nations’, Singapore is a city-state located on a small island; a country and a city, all rolled into one, in maritime Southeast Asia. It is a country located about one degree of latitude (137 kilometers or 85 miles) north of the equator, off the southern tip of the Malay Peninsula. It borders the Strait of Malacca to the west, through the Riau Islands (Indonesia) to the south, and the South China Sea to the east.

Singapore is one of the world’s top transportation hubs for water and air cargo. It offers unparalleled connectivity to passengers and cargoes and is a particularly efficient location to access the Asian economies.

Being the fourth as a ship-owning nation, Singapore is an Asian gateway for leaders -all around the world- in ship financing, ship broking, risk management, and marine insurance.

Due to its huge and vast connectivity to regional and global markets, Singapore has glued its position as the linking hub which has been connecting Asia to the world and the world to Asia.

Increasing their fleet value by $3.1 billion in the year 2019, Singaporean owners sit comfortably above Norway and the U.S. on fourth place, yet seeing a long way to come to a podium position- trying to push and come ahead of the top three owners. The majority of this fleet increase comes from their container growth, most notably attracting the Japanese container liner merger ONE to locate to Singapore.

During the period (2021-2026), the Maritime Industry in Singapore is expected to witness a Compound Annual Growth Rate (CAGR) of more than 2%.

According to the Maritime and Port Authority of Singapore (MPA), Singapore has crossed the 100,000 marks for crew change carried out at the port during the continuing COVID-19 pandemic.

Singapore has maintained its position as the world’s second-busiest container port and the No.1 bunkering port in 2020.

The maritime sector now continues to play a significant role in the growth of Singapore’s economy, making up 7% of the country’s GDP and employing more than 170,000 people in various technical and commerce-related functions.

Development of Ports in Singapore

The Government of Singapore has always been keen to invest in transport construction to retain the country’s position as a world-class city and a key transport mode between Asia and the world.

A largely automated container terminal named ‘Tuas Port’, the next-generation container port in Singapore, is under construction which will be fully completed in the 2040s. After a complete 30 years of construction, Tuas Port will be the world’s biggest fully automated terminal – the single largest container port, having the capability of handling up to 65 million TEU per annum.

Tuas port will incorporate innovative technologies such as yard automation and full-electric automated guided vehicles. Basically, the purpose of this new-future port will be to accommodate the move of the current city terminals when their contracts expire. It will be the consolidated location to carry out all of the container activities of Singapore, which will significantly reduce inter-terminal freightage operations and greenhouse gas emissions.

To upgrade logistics activities, the port of Singapore is embracing new technologies and innovations. The logistics companies in Singapore have always remained at the forefront when it comes to choosing the best and quickest way to get their goods delivered to customers.

The Ministry of Transport (MOT) looks after or oversees the development and regulation of land, sea, and air transport. MOT sets the strategic and policy direction, with operations and regulatory functions being carried out by a number of statutory boards established under Acts of Parliament, including Civil Aviation Authority of Singapore (CAAS); Land Transport Authority (LTA); Maritime and Port Authority of Singapore (MPA); and the Public Transport Council (PTA). Organizationally, all these boards operate under the control and protection of the MOT.

The MPA’s key roles include the following:

In 2005, the Singapore port handled around 1.15 billion gross tons (GT), in terms of shipping tonnage.

In terms of cargo tonnage, Singapore has handled about 423 million freight tons.

In 2005, the port maintained its position as the world’s busiest hub for transshipment traffic and has also been the world’s biggest bunkering hub, with 25 million tonnes sold in the same year.

Singapore was ranked first globally in 2005 in terms of containerized traffic, which handled around 23.2 million Twenty-foot equivalent units (TEUs). The port overtook Hong Kong with high growth in containerized traffic since the first quarter of 2005 and has led the race ever since, with an estimated 19,335 kTEUs which was handled in the same year up to October, compared to 18,640 kTEUs which was handled in Hong Kong during the same period.

The port of Singapore came right up to the top at the end of the year 2005 with a rise in regional traffic consolidating the port’s position in Southeast Asia and increases in transshipment traffic using the strategic East Asia-Europe route via Singapore.

Maritime trade has been an important lifeline for Singapore from the time of its foundation in 1819. Since 1993, Singapore has been a council member of the International Maritime Organization (IMO).

The Singapore Registry of Ships (SRS) is one of the top 5 largest ship registries in the world. Today, the SRS has over 4,400 vessels registered with it. Singapore is a premier Global Hub Port and thriving International Maritime Centre- built by Maritime and Port Authority (MPA) – connected to 600 ports in over 120 countries, giving users reliable, value-added, and cost-efficient marine services and facilities. Singapore is the busiest port in the world in terms of shipping tonnage, with more than 130,000 vessel calls annually. Singapore is the top bunkering (ship refueling) port in the world, although it does not produce any oil.

Vessels passing through the Singapore Strait are monitored by the Maritime and Port Authority’s (MPA) Port Operations Control Centre, using the Vessel Traffic Information System (VTIS), which has the capability of handling up to 10,000 tracks at any one time.

Today, there are more than 5,000 maritime establishments in Singapore’s maritime ecosystem.