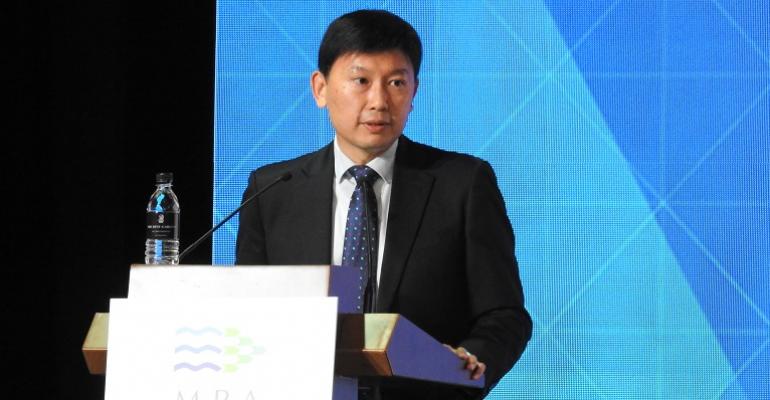 Four new notations are being introduced for vessels on the Singapore Registry of Ships (SRS) to recognising investment in areas such as technology, welfare and environmental, the latter including fee rebates and reductions.

The new SRS notations being rolled out by the Maritime & Port Authority of Singapore (MPA) and were announced by Chee Hong Tat, Senior Minister of State for the Ministry of Transport, as the Registry celebrated its 55th anniversary.

The four new notations – Smart, Cyber, Welfare and Green – are being introduced from 1 November for Singapore-flagged vessels that fulfil the requirements of each category and will be issued with a certificate of recognition.

“Singapore-flagged vessels that qualify for the SRS Green Notation will receive additional benefits, such as a reduction in their Initial Registration Fees and rebates on their Annual Tonnage Taxes,” said Minister Chee. “MPA plans to roll out these incentives for awardees of the SRS Green Notation.”

He added that the authorities were considering incentives for other notations in future.

Singapore aims for the notations to be universally recognised and the MPA is engaging major charterers to consider vessels with the notation more favourably.

“We will work closely together with our industry and union partners to further develop and grow this initiative,” Minister Chee said.

The SRS has more than 4,000 ships with an aggregate gross tonnage of 93m gt, and an average vessel age of 10.9 years. Following the announcement of the new notations Wan Hai Lines received the Top Net Tonnage Contributor Award.