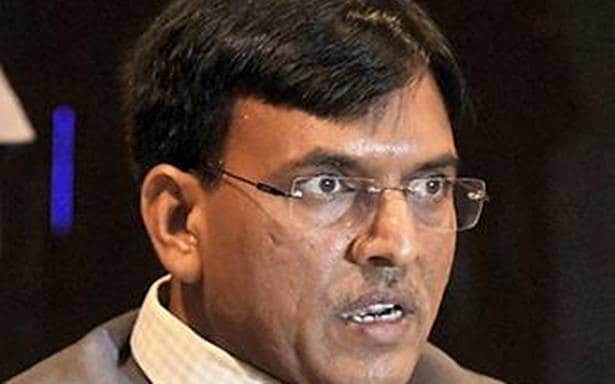 Shipping Minister Mansukh Mandaviya is looking to make India’s only international container transhipment terminal (ICTT) run by Dubai’s D P Word at Vallarpadam in Cochin Port Trust stick to the plan for which it was built with an investment of Rs3,200 crore about a decade ago without any success.

The terminal, with a capacity to load 1 million twenty foot equivalent units (TEUs) a year, was designed to cut India’s dependence on neighbouring hub ports such as Colombo in Sri Lanka, Singapore, Salalah and Jebel Ali in Dubai, Tanjung Pelepas and Port Klang in Malaysia to send and receive container cargo, thus saving time and cost for exporters and importers.

But, of the total volumes handled at ICTT since the February 2011 opening, the transshipment volumes are still in the range of a paltry 6 per cent. The ICTT is mostly concentrating or functioning as a gateway terminal, foxing the government’s policymakers.

During a review meeting on Wednesday, Mandaviya directed ministry officials to “chalk out a strategy to tackle the various challenges (facing ICTT) and actualise the vision of trans-shipment hub of India”.

“We have developed the transshipment facility in Indian port to ensure that Indian cargo is transhipped through Indian port. Resolving various issues of Vallarpadam terminal is one of the top priorities of the Ministry of Shipping”, he said.

A container transshipment terminal such as the one developed at Vallarpadam acts like a hub, into which smaller feeder vessels bring cargo which then gets loaded onto larger ships for transportation to final destinations. Larger vessels bring about economies of scale and lower the cost of operations for shipping lines, which then translates into lower freight rates for exporters and importers.

Vallarpadam has been plagued by multiple issues, impeding efforts to realise full potential.

Cochin is also prone to siltation and requires dredging to make the channel navigable for ships throughout the year, entailing huge costs. Dredging costs are typically priced into the vessel-related charges (port dues, berth hire and pilotage) that ships pay to call at a port. The port calling costs at Colombo is one-tenth of Vallarpadam. This makes competing with Colombo a tough task.

Cochin Port Trust has been offering huge rebate in vessel-related charges (VRC) to container ships calling at ICTT to promote the facility.

“Someone should have done research that in course of time, it requires a minimum draft of 15-16 metres,” a Mumbai-based port consultant said. Vallarpadam currently has a depth of 14.5 metres.

But, all these have not translated into a big chunk of Indian containers getting transhipped at overseas hubs.

Colombo Port dominates the market for transshipment of Indian containers, catering to 2.5 million TEUs or 60 per cent of the 4.1 million TEUs of Indian originating and destined container traffic transhipped in international hubs.

Other transhipment hubs such as Singapore, Port Kelang, Jebel Ali accounted for the balance of 1.6 million TEUs.

The ICTT does not have a minimum volume (minimum guaranteed throughput) written into the contract, nor is it required to handle a specific level of container transshipment volumes to conform to its status. In short, it is an open-ended contract compared to other private cargo handling contracts at major ports that have an MGT clause which the operator has to comply with.

Yet, Mandaviya believes that ICTT meets “all the criteria which are needed to develop it as trans-shipment hub”.

It is the best Indian port by location concerning proximity to international sea route as well as the least average nautical distance from all Indian feeder ports, he said.

The terminal has multiple weekly feeder connections to all ports on the west and east coast of India, besides proximity to key hinterland markets of India.

“It has the infrastructure to manage large ships and capacity to scale it up as per requirement. ICTT is proposed to be developed as the most preferred gateway for South India and leading transshipment hub of South Asia,” he added.