Shipping Industry Seeks Govt. Help To Deal With Piracy In Gulf of Guinea 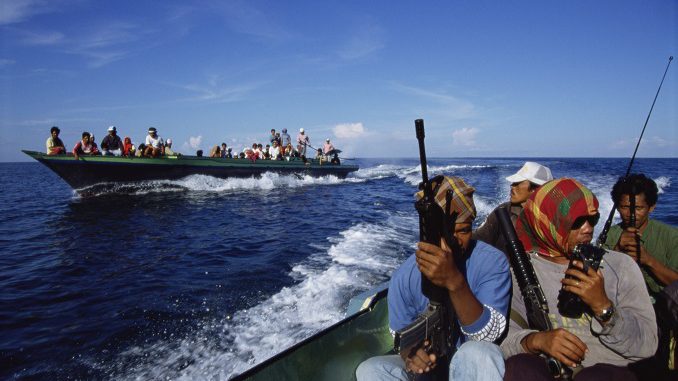 The Indian National Shipowners’ Association (INSA), the local shipping industry lobby group, has sought the government’s help to deal with pirate attacks in the Gulf of Guinea.

In recent events, pirates captured 15 seafarers and killed one off the Coast of Nigeria in the Gulf of Guinea.

INSA has urged the government to intervene in the matter at the highest level and take it to the United Nations Security Council (UNSC), where it currently holds the status of a non-permanent member.

“The recent spike in piracy is a cause of major concern for Indian vessels and seafarers operating in the region,” said Anil Devli, Chief Executive Officer, INSA.

According to reports, pirates in the Gulf of Guinea kidnapped 130 seafarers in 22 separate incidents last year.

Due to its unique location and presence of large oil reserves, the Gulf of Guinea holds strategic importance for India. Cargo from the region plays a crucial role in ensuring India’s energy security. Many ships travelling to and from India often transverse through the region.

“As one of the largest seafaring nations, Indian seafarers are present in large numbers on the ships of various Indian and international companies. In fact, it will not be an exaggeration to say that every vessel will invariably have an Indian onboard manning the critical functions of the vessel,” Devli said.

“West Asia is an oil rich region with huge reserves of fossil fuels. As a rising economy, India must secure its energy supplies and the interest of India’s mercantile marine fleet and its seafarers goes hand in hand to ensure sustainable development of the economy” Devli said.

“We must have a comprehensive mechanism to deal with the menace of piracy in West Africa on the lines of the strait of Hormuz and the Indian Ocean region,” he added.

INSA has also requested seafarers’ unions worldwide and various international maritime bodies to step up to the responsibility of sensitising governments worldwide to the need to combat the scourge of piracy.