Shipping Firm Maersk, A Barometer For Global Trade, Warns Of Weak Demand And Warehouses Filling Up 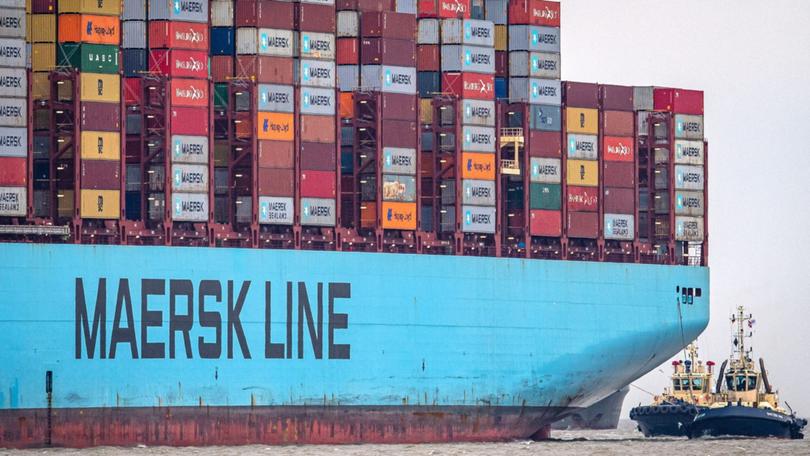 The Danish shipping and logistics company — one of the world’s largest and a broad barometer for global trade — said it loaded 7.4% fewer containers onto ships in the second quarter when compared to the same period in 2021, prompting it to revise the full-year outlook for its container business.

Maersk now expects demand to be at the lower end of its range, between -1% and 1% in 2022, as rising inflation and energy prices darken the global economic outlook.

“Geopolitical uncertainty and higher inflation via higher energy prices continued to weigh on consumer sentiment and growth expectations,” the company said in a statement.

“Given this background, in 2022 global container demand is now expected to be at the lower end of the -1% to +1% forecasted range,” it said.

Stockpiles build-up
Maersk warned that the slowdown was especially pronounced in Europe, where stockpiles have been building up at ports and in warehouses as consumer demand wanes.

Russia’s war in Ukraine and Covid-19 lockdowns in China have only exacerbated such congestion woes, it added.

“In Europe, supply chain congestion remained as retailers and manufacturers kept containers in ports and warehouses due to weak final demand. Port lockdowns in China due to the Covid-19 zero-tolerance policy as well as consequences from the war in Ukraine also caused strains in key areas of the logistics network,” the company said.

It comes as Maersk confirmed forecast-beating second-quarter results Wednesday as freight rates soar.
The company said trade congestion had lifted global freight prices, creating “exceptional market conditions” for the logistics business and prompting it to raise its profit outlook for the year.
Maersk now expects to record underlying operating profits of around $31 billion in 2022, up from an earlier estimate of $24 billion. Meantime, it anticipates underlying earnings before interest, tax, depreciation and amortization (EBITDA) of $37 billion, up from $30 billion.

In the second quarter, the company’s revenue rose 52% year-on-year to $21.7 billion while underlying operating profits more than doubled to $8.9 billion.

The container shipping industry at large has benefited from higher freight rates as companies have had to pay record sums to transport their goods amid a plethora of market disruptions. On Thursday, shipping group Hapag-Lloyd AG raised its profit forecast after it said average freight rates rose around 80% in the first half of the year.

Maersk said that while freight rates had recently softened slightly, they remain at historic highs, and ongoing congestion issues pointed to continued fluctuation in prices.

“The continued congestion and dislocation of supply and demand fundamentals in the logistics industry increases the uncertainty surrounding the outlook for freight rates,” the company said.