Shipping Demand To Suffer After Wave of New Lockdowns 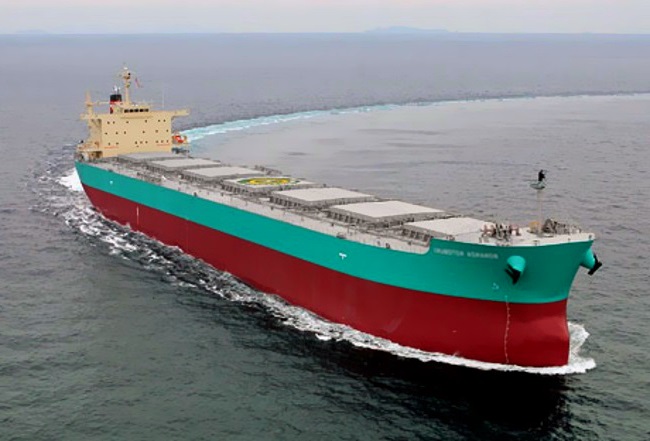 Freight rates are about to face renewed downward pressure, on the back of a new wave of lockdowns around the world, with Europe being the most obvious example. Shipbrokers anticipate a new blow on demand for shipping, which will inevitably translate to lower freight rates moving forward.

In its latest weekly report, shipbroker Allied Shipbroking said that “it has been a difficult and troublesome year so far for the global markets and the economy. Since the onset of the pandemic fundamentals across the board have been set on a sharp tail spin, with most markets and trades receiving a strong initial shock at the end of the second quarter of the year and since then have been suffering from the numerous “aftershocks” that have been coming in. Having entered now the final quarter of the year, it seems that the difficulties being faced are far from over.

According to Allied’s Head of Research & Valuations, Mr. George Lazaridis, “the winter season for the northern hemisphere has shown that the pandemic has far from dissipated, with one after another, major OECD economies entering into a second wave of lockdowns, as had been feared earlier in the year, in an effort to bring the spread of COVID-19 under control. Most forecasts have now been “torn up” and rewritten, with the most severe and difficult scenarios that were drawn up months ago, now looking to be the base case assumption. All these developments have sent “chills” across all markets. Vitally important to trade commodities have not been able to escape the turmoil, with crude oil prices dropping once more to their lows of May, while others such as iron ore are still holding at fair levels though having seemingly lost now most of the momentum gained during the summer months”.

Laazaridis said that “despite having seen most shipping markets severely hit by all these developments so far, the year has held up relatively well overall in terms of the average freight levels noted thus far. The dry bulk market may have been set into an almost catatonic state during the spring months, however the summer period showed a fair recovery, helping recoup most of the earlier losses. The tanker market had an extraordinary couple of months during the first round of national lockdowns, though it has since fallen drastically and now flat lined, bringing the average for the year so far here too to levels fairly on par with the average of 2019”.

According to Allied’s analyst, “the problem is that despite a strong recovery still expected to take shape within 2021, the coming months could well prove to be some of the most difficult faced so far. A second round of lockdowns (albeit not as strict in their form as those imposed during springtime) will surely be able to cause considerably more damage on most of the major economies around the world, given their still fragile state. All in all we are facing a major problem on the demand side, which for some trades may well emerge imminently and in shocks as is the case of the crude oil market, or with long time lags as looks to be the case for a fair portion of the dry bulk trades. Whether it be the former or the latter the effects will inevitably be felt, as global consumption slowly saps industrial production and inevitably demand for raw resources”.

Lazaridis concluded that “the large scale quantitative easing programs have helped dampen the scale of this drop so far, yet with uncertainty now being faced as to if these programs will be further expanded and to what degree, their support may also fade during the coming winter months. It looks as though the shipping industry should be already getting ready to brace for the six-month period ahead (if it hasn’t already done so) as it seems as though the worst has not yet come to pass. With all these shocks and general uncertainty being faced in the market these past few months and years, we have certainly seen that it is the long game that pays out right now. Despite all that has transpired and all that is feared to unfold moving forward, the averages are still holding their ground. All it takes is to be prepared to weather the storm”.