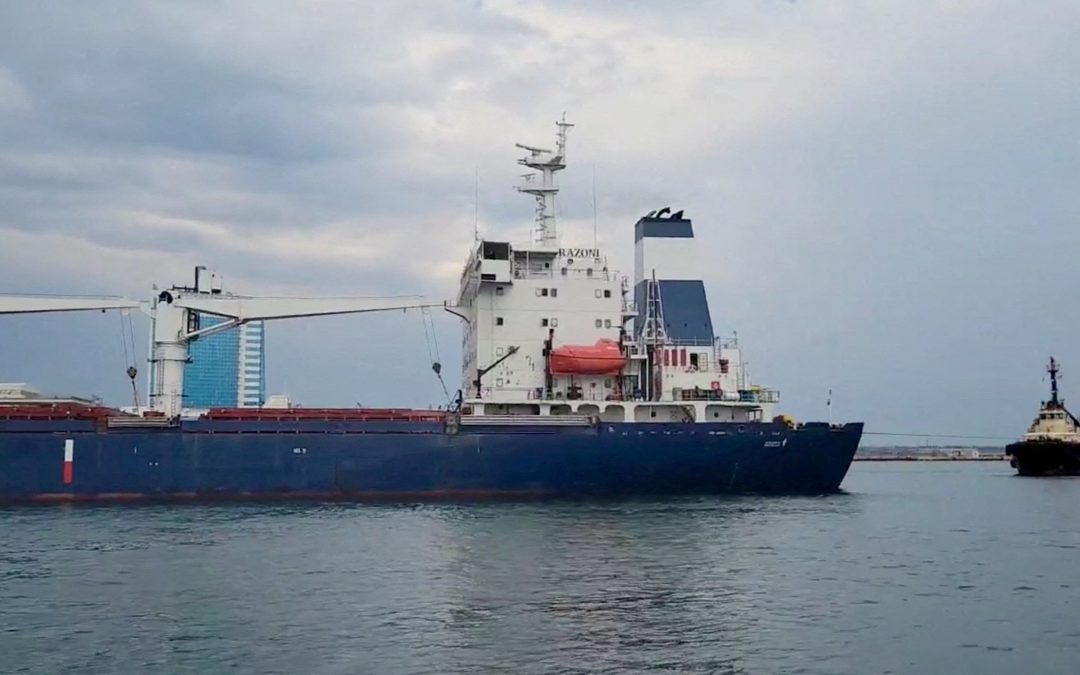 Key arrangements including procedures for ships still need to be worked out before empty vessels can come in and pick up cargoes from Ukraine using the new grains corridor, a senior London marine insurance market official said.

Turkey and the United Nations brokered a grain-and-fertiliser export agreement between Russia and Ukraine last month – a rare diplomatic breakthrough in a conflict that is grinding on with no resolution in sight.

“The standard operating procedures for vessels still need to be worked out and there are issues about crewing that still need to be resolved,” Neil Roberts, head of marine and aviation with the Lloyd’s Market Association, told Reuters.

“There is some way to go,” said Roberts, whose association represents the interests of all underwriting businesses in the Lloyd’s of London insurance market.

Shipping companies and the insurers that cover vessels need to be assured that the journey is secure with no threat of mines or attacks to both the ships and their crews. These are typically covered in accepted maritime practices known as standard operating procedures.

The standard operating procedures will be finalised shortly and will then be made public, U.N. spokesman Stephane Dujarric said on Monday.

Turkish, Russian and Ukrainian military officials, working with a U.N. team, have set up a Joint Coordination Centre (JCC) in Istanbul to enable food and fertiliser to be transported by merchant ships from Odesa, Chornomorsk and Yuzhny – three key Black Sea Ukrainian ports.

Ships going in to collect a cargo will need to be inspected by the JCC at a Turkish port, unlike vessels already in Ukrainian ports that are waiting to leave.

“The new ships present a different set of logistical challenges and this will take some days. This is something the JCC Istanbul is still wrestling with,” Roberts said.

“There needs to be patience to await developments as this is still a live conflict.”

The Sierra Leone-flagged ship Razoni carrying grain left the Ukrainian port of Odesa for Lebanon earlier on Monday under a safe passage agreement – the first departure since the Russian invasion blocked shipping through the Black Sea five months ago. The vessel had been inside Ukraine for some months.
“It remains a case of steady but cautious progress,” Roberts said of the Razoni departure.

Roberts said the Lloyd’s market’s Joint War Committee, whose guidance on high risk areas is closely watched and influences underwriters’ considerations over insurance premiums, met earlier on Monday to share information on the situation, adding that the market awaited more details on the procedures for inbound vessels to Ukraine.

Around 80 ships remain stuck in Ukraine and the evacuation of most of their crew members means more mariners are needed in the region to get the cargoes moving.

Roberts said those vessels had cover unless it had expired and needs to be renegotiated.

“The safety of seafarers and port workers must remain the priority,” said Chris Oliver, with the International Chamber of Shipping association.

“Much work still remains to ensure that we can safely export the roughly 5 million tonnes of grain per month proposed by the UN. This will be a challenge, but our industry is resilient and is used to keeping trade flowing no matter what.”

Highlighting the broader risks ahead, late on Sunday, just hours before the ship sailed, Romania’s military carried out a controlled explosion of a naval mine that had drifted close to the country’s Black Sea shore, the defence ministry said.

Romania’s defence ministry said the mine it detonated on Sunday, the second handled by the Romanian military since March, was drifting some two nautical miles off the Romanian shore.
Source; Reuters (Reporting by Jonathan Saul, additional reporting by Michelle Nichols in New York.