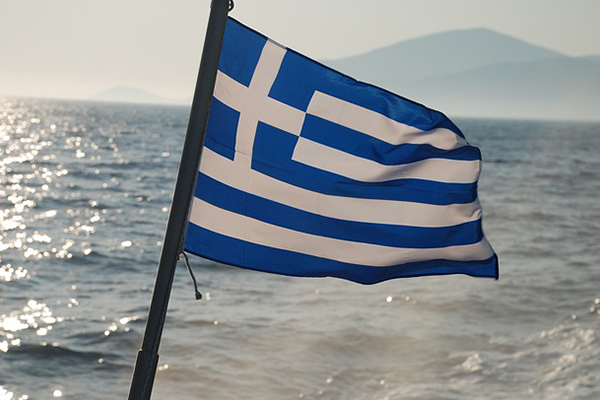 Afurther reduction of the overall loans towards Greek shipping companies is the main conclusion from the latest annual review of ship finance for shipping, conducted by Petrofin Research©.

Highlight points of this year’s results for Greek ship finance are as follows:

In his analysis, Mr. Ted Petropoulos, Head of Petrofin Research © said that “this year’s Petrofin Bank Research of Greek shipping portfolios paints a picture of mixed partial growth and more extended decline. Overall, 2020 was a year in which shipping bank sourced finance for Greek owners declined by 6.24%. This decline occurred despite a record rise of ship finance by Greek and Cypriot banks by 19.76%. The underlying factors behind the decline may be attributed in part to extraordinary circumstances, such as the effects of the pandemic on Global and International trade, as well as the volatility of the market and the overall uncertainty. The physical restrictions on travelling, meetings and developing new client of additional client business has also played its role. There were, though, some persistent factors, such as the adverse regulatory restrictions and operating difficulties, which constrained banks’ lending ability and appetite. European Banks in particular reviewed their lending policies across the board with shipping being an easy target for elimination with little ripple effects. As banks began to sell buildings and slash staff numbers, being involved in ship finance in general and Greek finance in particular made little sense”.

According to Mr. Petropoulos, “the ship finance exit was joined by DVB bank and added to the long list of departees or rapidly consolidating banks. The above trend continued in 2020 with the Petrofin Index fading to 301 as compared to 443 in 2008. The small Cypriot, Greek, Norwegian and other banks that have been attracted to the industry have a small overall impact and cannot offset the departure of the big banks. This trend can be seen by a decline in shipfinance by European lenders (despite the rise of Greek banks), which now amount to 73.84% of the declining total as opposed to 81.04% in 2016. The shipping syndications market did record a rise, though, of 33.73%. Greek banks have identified shipping as a core lending activity. Supported by a lower cost of funding and attractive loan yields, Greek banks have built up market share by targeting their client base and expanding to quality well-known names. The above should not imply that Greek owners had any difficulty in financing their acquisitions both in newbuildings, and second hand vessels. Chinese leasing has been generally available, despite the pandemic, as China Lessors’ shipping portfolios in 2020 grew by 11.4% yoy to $60.5bn. Alternative sources of capital were also tapped and in general Greek owners still enjoyed a wide ship financing choice, even though traditional bank lending is still the least expensive. As the year progressed, loans to asset finance levels approached 50-55% for bank lending and 60-65% for leasing. Furthermore, in the course of the year, confidence returned both for banks and clients alike and ship finance volumes rose. The 2020 Petrofin Bank Research © continues to highlight the shift of ship finance to the East and the development of non-bank finance as a key competitor to traditional bank finance. It is difficult to see circumstances whereby the European banks will expand into major lenders in the future, which was the focus until a decade ago. We do expect, though, an expansion of the number of small ship finance banks in the years to come”, he noted.

Petrofin Research © analysis also mentioned that “the main event in 2020 and in 2021 to date continues to be the Covid-19 pandemic and the forces it unleashed. However, there are both new positive and fresh negative concerns which provide for a very volatile outlook. On the positive side, the previously anticipated negative global growth of -6% in 2020 turned out to be -3.3% according to the IMF. China’s swift exit from the pandemic and robust recovery assisted greatly in the above reduced negative growth. During 2021, the West began to grapple more effectively with the pandemic and to record positive growth. The current estimates by the OECD and the IMF forecast 2021 global growth at 6% and further growth of 3.3-4.5% in 2022. The general expectation is that there will be a post covid-19 robust recovery fueled by the record financial stimulus packages both in the US and Europe. In addition, global vaccination is proceeding well in the US and Europe although there remain some countries that have lagged behind, such as India and in South America.

On the negative side, the possible development of various new and more vaccine resilient covid-19 strains do pose concern in case another lockdown might be needed. Furthermore, there remain heightened geopolitical risks of conflict between primarily the US and China which add concerns in case they lead to the imposition of sanctions and tariffs. Clearly a potential trade war is of concern. The robust recovery of dry bulk commodities demand of 41% to date in 2021 (Clarkson’s) appears to be a prelude to further strong growth in the second half and beyond with dry bulk demand outpacing estimated increase of supply in 2021 of approximately 2.5%. Port congestion and the pandemic related regulations have reduced the supply of vessels globally.

In view of the low dry bulk order book at 5.8% of the fleet (a record low for over 15 years) and the strong demand fundamentals, many analysts expect that that the dry bulk good market will last longer than usual stretching to 2023 and possibly beyond. The tanker market (both crude and products) have in contrast been underperforming despite a relatively low order book with expected supply growth in 2022 being approximately 2%. The Container market has been well supported by the strong global economic growth and restocking after years of underperformance. Container box shortages and port delays have supported charter rates to the extent that older container vessels have even come out of long layup. On the whole, there is increasing confidence as to a long term growth of all the shipping sectors in line with strong global growth and rising demand.

A key factor that has restrained newbuilding orders has been the concern over which green fuel technology will be used in the ship of the future. LNG is viewed by many as an interim solution whilst ammonia is viewed as a better solution. With much uncertainty and debate about and with main engine manufacturers not having promoted a universal design and with uncertainty over future green ship newbuilding costs, it is not surprising that owners have been reluctant to commit. In a recent study, DVB highlights the financial and investment risks associated with investing in ships, given the uncertainties about the industry’s long-term regulatory environment. As more and more banks and lenders adopt the Poseidon principles, there is a considerable push by the banking industry towards green technology. Some banks have established separate green budgets for lending but thus far few projects have qualified. Recently, Diana obtained a ‘sustainability-linked’ loan financing from ABN AMRO Bank to refinance 6 vessels which enjoys potential additional cost savings, as reported by the company.

As of mid-June 2021, the Greek orderbook consisted of only 185 vessels of total 23.65m dwt due for delivery spread out to 2023. Greek shipping has continued to expand in the first half of 2021 primarily via second hand vessels as market prospects have improved and cashflows (especially in Container and Dry Bulk) have exploded. The robust cash flow, as well as the active period chartering market is augmenting Greek investment appetite. Lately, tankers have also begun to appreciate in the hope of an improved market to come and in sympathy with an increase of shipping investment appetite”, Petrofin Research concluded.