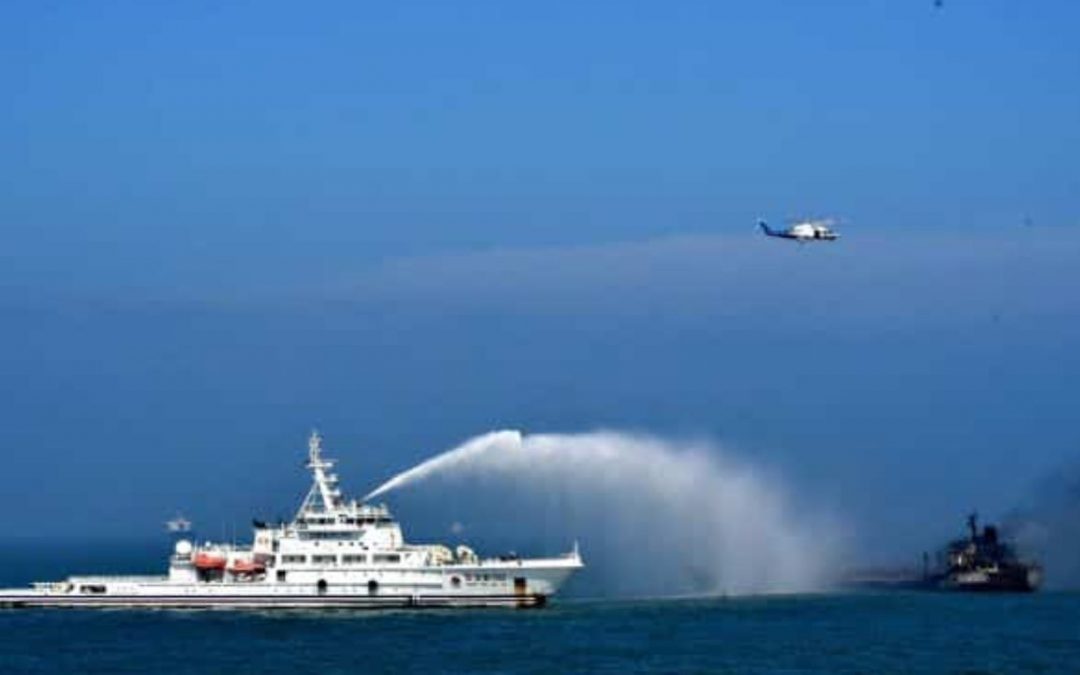 The ship collision of an oil tanker and a cargo ship in East China at around 3:39 am on Thursday has led to the death of at least 8 people while 6 other seafarers still remain missing.

The accident was reported to have occurred in the afternoon close to the Yangtze River estuary, at about 1.5 nautical miles away on the southeast side. Maritime Authorities in Shanghai say that the oil tanker that carried about 3000 tonnes of gasoline collided right into a cargo ship stacked with sand and gravel.

In consequence, The deck of the tanker caught fire while the cargo ship sunk. After the fire subsided and was contained, emergency personnel climbed on board the oil tanker to find 8 dead bodies.

Fifteen vessels and 2 planes were called to assist search and rescue operations At present, three of the missing people have been rescued. Investigation to determine cause of the accident is ongoing.