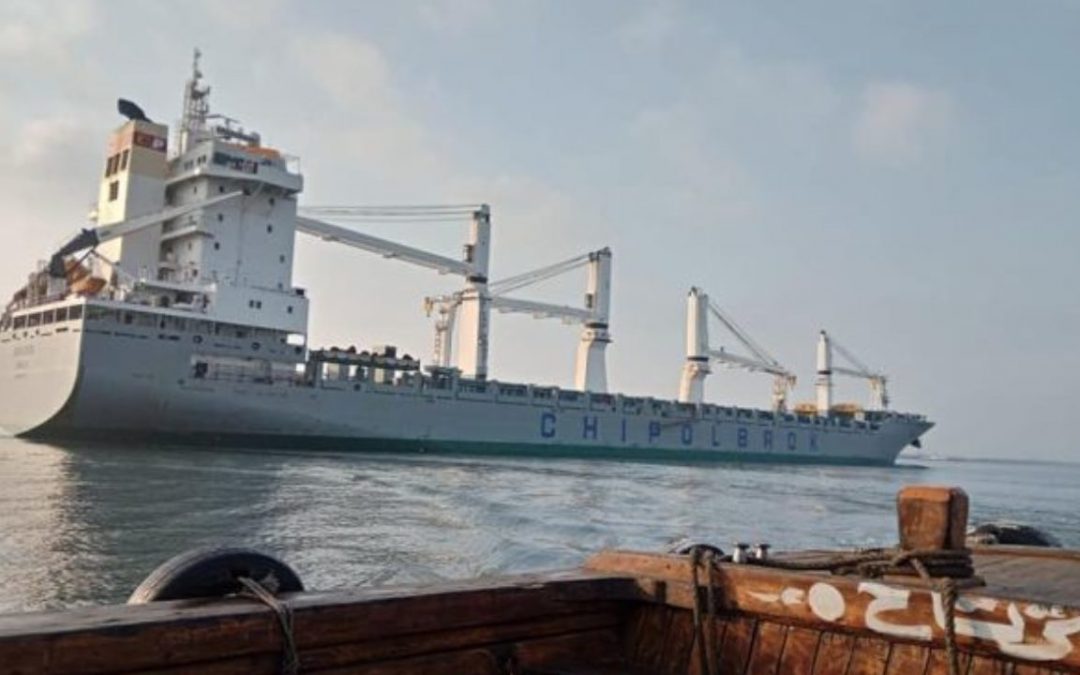 The Indian port of Visakhapatnam suspended berthing of MV Kraszewski, a 20,000-tonne freighter on Wednesday. Port officials said that cargo handling operations would resume only after getting clearances from different governmental departments.

Authorities at Vizag are now in fear due to the previously stored 18,000 tonnes of Ammonium Nitrate, the same chemical responsible for the Beirut blast which consequently flattened half of the Middle-Eastern port city.

What’s more important is that the chemical is stored close to the headquarters of Indian Navy’s Eastern Naval Command. That’s why authorities are now ever more vigilant when it comes to handling cargo.

Apart from the 18,000 tonnes already in the port, Kraszewski has brought in another 20,000 tonnes, which has caused a nightmare to the port authorities who are already struggling in handling the 18,000 tonnes.

“The authorities of PESO had given safety clearance at the storage point of Sravan Shipping,” said Vizag port’s Chairman K Rammohana Rao.

He also informed them that they are waiting for clearance from the state government, apart from the central government.

“The collector is seeking permission from the APPCB (Andhra Pradesh Pollution Control Board) and has asked us to not allow the ship in the port,” added the Chairman.