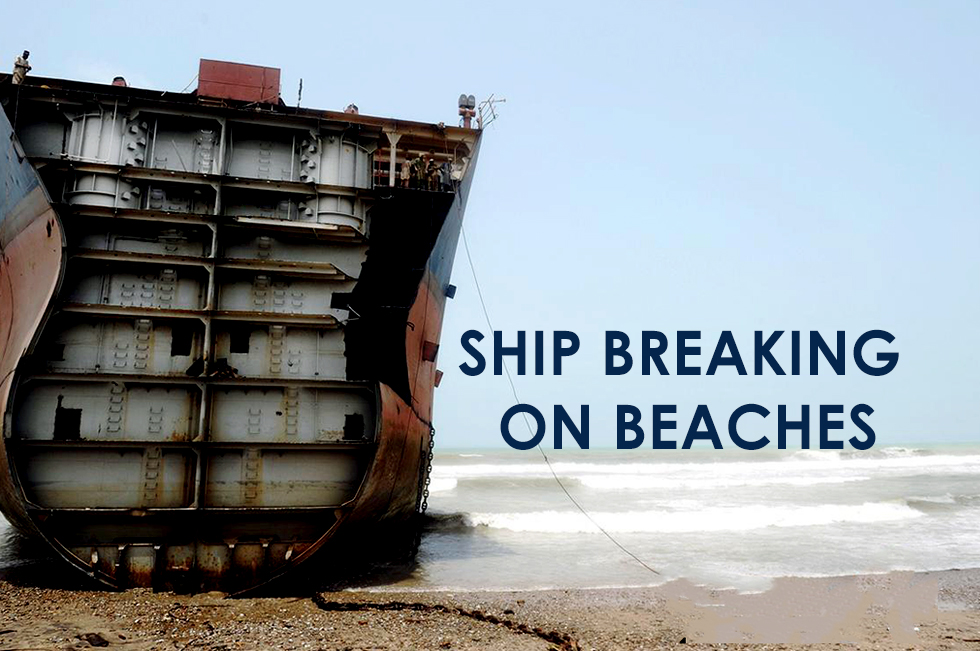 In today’s blog, we are going to talk about the first method of shipbreaking, known as ‘Shipbreaking on Beaches.’ This process normally takes place on the ground or in shallow water, as the name implies. Beaching is a technique in which a ship is deliberately steered into shallow seas and subsequently grounded in an emergency. ‘Beaching of Ships’ is another term for shipbreaking on beaches. It is the most popular method of spacecraft disposal, as well as one of the most dangerous on the planet. The technique of beaching ships is a necessary part of the recycling process. Shipbreaking entails dismantling the vessel on designated ship-breaking beaches.

Workers shred and dispose of thousands of tonnes of steel using the bare minimum of tools and safety precautions. The procedure entails high-risk elements that have resulted in the deaths of a number of unfortunate workers in the past. Despite a number of issues, ship-breaking yards are a thriving industry in many Asian countries, including India, Pakistan, and Bangladesh.

To avoid damage to the ship’s hull, propeller, or rudder, beaching refers to an emergency grounding that takes place only on soft mud or sand grounds (as on a beach)

Why is beaching done?

Beaching of a ship is done for three main reasons:

In order to hand it over to the scrap yard

What are the procedures to be followed while beaching the ship?

Ballast the ship to its maximum capacity

Check where the damage is more to the bow or to the stern. Head with the damaging side for beaching at 90 degrees to the tides

If approaching from astern due to stern damage, drop both the anchor at a good distance so that they can assist the vessel in heaving when going through water

Sounding of all tanks must be done before and after beaching

What is the ideal condition for beaching?

Beaching is done by grounding a ship in shallow waters to prevent it from sinking in Deep Ocean. Some vessels are built to be beached and loaded and unloaded. Small flat-bottomed boats are more prone to this. Larger ships may be intentionally beached. In the event of an emergency, heavy vessels or large ships are sometimes intentionally beached. Landing craft are vessels that are primarily utilised by the military to disembark troops who are under fire.

During the age of sail, ships were sometimes beached to allow the hull to be rolled over for maintenance, a process known as careening.

Ships that are about to be broken up are often deliberately beached to make the process easier.