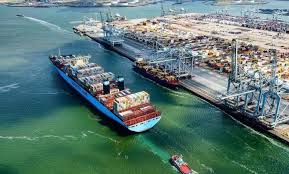 However, spot rates on the transpacific trade which have soared in recent weeks were largely flat. Shanghai – US West Coast was up $1 to $3,948 per feu and $104 to $4,808 per feu to the US East Coast.

The spot rates quoted on the SCFI do not include an increasing number of surcharges being levied by lines related to equipment, congestion and other factors. “Anecdotal evidence already points to de facto rate levels for some shipments of up to $10,000 per feu on Asia-Europe and Transpacific,” Lars Jensen from Sea Intelligence said in post on LinkedIn.