Series of the Top Cruise Companies in the World 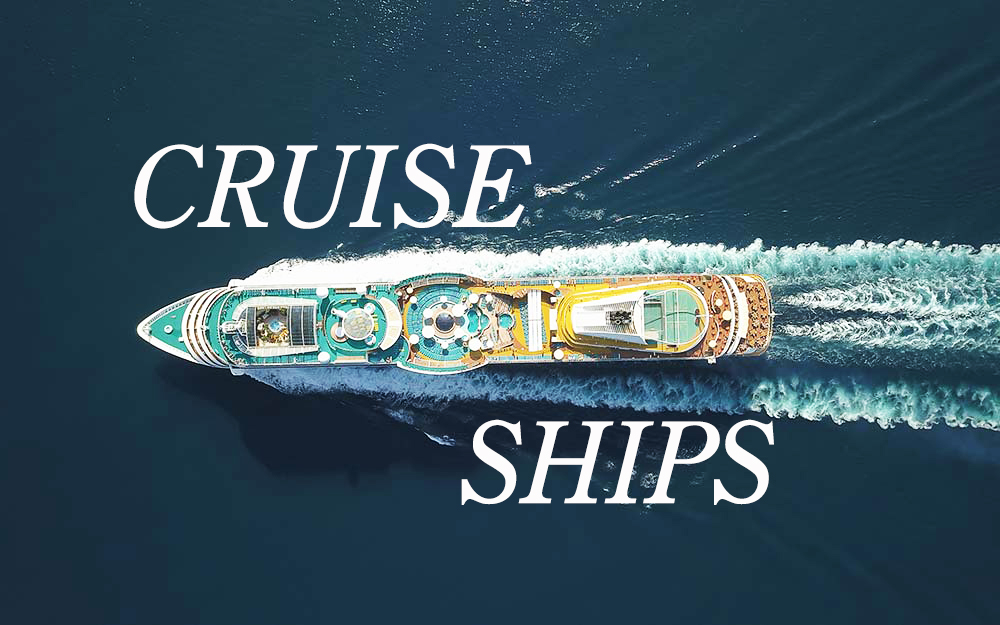 Hope the Series of Ship-Owning Nations has amazed you with the majority of knowledge and information! With the end of the Ship-Owning sequel, we have come up with a spellbinding third series, the ‘Series of the Top Cruise Companies in the World’, that have never stood back to provide their customers with the best of a holiday experience onboard.

To begin with the sequel, first, we need to know how cruise came into being along with a short introduction of what ‘Cruise’ and ‘Cruise Line’ or ‘Cruise Company’ is all about.

In 1891, the Augusta Victoria set sail from the Mediterranean to the Near East with 241 passengers, marking what is thought today to be the first cruise ever. By 1900, a German designer had caught on to the idea and created the first vessel exclusively for the purpose of cruising. Unlike other ships of her time, the Victoria Luise contained only first-class cabins, along with a library, a gym, and a dark room for amateur photographers. From there, the luxuries on future ships only became more extravagant, as evidenced by the most famous example, the Titanic.

A cruise, in particular, is a large ship that carries people on voyages for enjoyment and pleasure, as a holiday adventure. When it comes to traveling by sea, there’s a cruise ship out there for everyone. Huge vessels and expedition yachts — and everything in between — have escalated and have also interestingly evolved over the past century which has helped the cruise companies mint money beyond imagination.

A cruise line is a company that operates cruise ships on oceans or rivers and markets cruises to the public. Cruise lines are dissimilar to passenger lines which are primarily concerned with the transportation of passengers.

Cruise lines or cruise companies are classified as passenger shipping corporations, associations, or organizations. The cruise ships developed for these organizations are massive, offering individuals adventure and relaxation on the high seas which includes leisure travel experience with lodging, great food, company, entertainment, and tours, without the need to soar through the clouds.

Each cruise line offers its own unique benefits, however, the biggest names in the business are all competitive on price, onboard facilities, and itineraries.

Even after a huge collapse and heavy losses due to the pandemic, the cruise industry has still remained on track, without disappointing its customers.

Let’s dive into this topic starting with one of the tops from our series of Cruise Companies:

‘Disney Cruise Line’ is a cruise line operation, a subsidiary, owned by the Walt Disney Company. It was originally incorporated in 1996 as ‘Magical Cruise Company Limited’, headquartered in Celebration, Florida. The business is run by President- Thomas Mazloum, as part of the Disney Parks, Experiences, and Products division.

In the mid-’80s, Disney chartered Premier Cruise Lines, a subsidiary of Premier Cruises, from 1985 to 1993, to bring Disney Characters to the high seas, a venture that only lasted eight years. Then, in 1993, negotiations with both Royal Caribbean and Carnival being unsuccessful left the entertainment experts with a decision to make. Later in 1994, it was officially announced- Disney would brand their own line of cruise ships.

The Disney Cruise Line (DCL) currently operates 4 astonishingly remarkable cruise line vessels-  the Disney Magic, the Disney Wonder, the Disney Dream, and the Disney Fantasy with one still in progress- Disney Wish, along with Castaway Cay, the Walt Disney Company’s private island in the Bahamas which is designed as an exclusive port of call for Disney’s ships.

These stunning ships have always pampered their guests with avant-garde comforts, legendary service, and lots of onboard Disney- exclusive activities that have kept families wanting to visit these blissful heavenly kingdoms once in a lifetime.

With beautiful designs and gold-swirled bows, the 5 Disney Cruise Line ships are brimmed with restaurants, nightclubs, shops, and many other recreational facilities that have amazed their guests of all ages, never leaving them disheartened.

The modern iteration of the Disney Cruise Line (DCL) began with the 2,400 passengers ‘Disney Magic’ in 1998. Created with your entire family in mind, Disney Magic offers dazzling live shows getting the Disney characters to life on stage inside the Walt Disney Theatre. There are fireworks at sea that illuminate the night on most itineraries. Also, you can get to watch the newest Disney films inside the Buena Vista Theatre or catch a Disney classic under the stars.

Guests 18 years of age and older can experience pampering and relaxation at Senses Spa & Salon, intimate dining inside Palo, late-night dancing at Fathoms, and live piano music at Keys.

Inside Disney’s Oceaneer Club, children can be a part of an imaginative world filled with Disney storytelling, including Marvel Super Hero Academy. Video games, music, and movies are available all day at Edge.

AquaLab and Goofy’s Pool are for kids and families, while adults can retreat to the relaxing confines of Quiet Cove Pool.

You need to stay fit while on a vacation so you are also invited to the full-service gym providing weight machines and specialized classes.

Dining facilities will also keep you amazed with a unique menu each day which includes burgers and hot dogs at Duck-In Diner, and a cheesy pie at Pinocchio’s Pizza and the list goes on and on.

The 2,400 passengers ‘Disney Wonder’, a sister ship of Disney Magic, began its operation in 1999.  Both the sister ships contain 875 staterooms. Both contain areas designed exclusively for various age groups, including toddlers, young children, teens, and adults. These ships were custom-built by Fincantieri at a shipyard in Italy.

They are the first in the industry to be designed and built from the keel up as family cruise liners, with the goal of accommodating parents and children. Unlike most ships of their type, they do not include casinos.

Disney Wonder offers deck parties at Mickey’s Sail-A-Wave Party, also offering live shows. You will come across the latest Disney motion pictures releases—some in digital 3D—inside the Buena Vista Theatre which is a luxurious movie palace inspired by the Golden Age of Hollywood. Disney Wonder also provides amazing services just like Disney Magic, which includes youth clubs like Disney’s Oceaneer Club and Disney’s Oceaneer Lab, Edge, and Vibe. There are also pools and areas for adults to rejuvenate over cocktails at Cadillac Lounge or a frosty pint at Crown & Fin Pub or dive into drinks, dancing, and more at Azure.

Sports and fitness are a must so the full-service fitness center with ocean views has kept guests wanting to be a part of it.  When it comes to cuisine, fresh food favorites at Cabanas, along with salads, sandwiches, and wraps at Daisy’s de-Lites.

In 2011, ‘Disney Dream’ was launched with a capacity of carrying 4,000 passengers. Disney Dream will surely keep you occupied with its enjoyable deck parties and live shows. You also get the opportunity to meet your favorite friends- Mickey, Minnie, Cinderella, Captain Hook, and more- allowing you to snap pictures and share hugs with them.

Children would love to be a part of fantastically themed youth clubs offered by Disney Dream. Kids and families are invited to cool off at Mickey’s Pool and Donald’s Pool, while adults can spend the afternoon at Quiet Cove Pool.

Disney never forgets to keep you fit so you are always invited to the fitness clubs to remain in proper shape.

The most recent 4,000 passenger ship- ‘Disney Fantasy’ was launched in 2012. With Disney Fantasy offering deck parties, blast off to another “galaxy” during select sailings of Star Wars Day at Sea and party underneath fireworks at Pirate Night.

Keep a watchful eye for Mickey and his pals at designated places throughout the ship—it’s a joy when kids meet some of their Disney heroes!

The recently announced Disney Wish will be the first to make her debut as the fifth ship in DCL’s fleet. Rapunzel and her feisty sidekick Pascal will be featured on the stern, and, at approximately 144,000 gross tons and 1,250 guest staterooms, the Disney Wish will be slightly larger than Disney Dream and Disney Fantasy.

Disney Cruise Line offers incredible onboard experiences and itineraries to the sun-drenched destinations of the Caribbean year-round and awe-inspiring seasonal sailings throughout Alaska and Europe. Most Caribbean itineraries also include a stop at Castaway Cay, Disney Cruise Line’s award-winning private island in The Bahamas.

Since its launch in 1998, Disney Cruise Line has been at the lead in the family cruise industry. The cruise line is always looking to give guests more exciting opportunities. It has received hundreds of distinguished awards from the travel industry, praising all aspects of the operation from dining to entertainment. The cruise line continues to expand and flourish its horizons, with the delivery of its three new cruise ships, to be added to the fleet but will be delayed by the impact of COVID-19 which was originally scheduled to be delivered in 2021, 2022, and 2023.