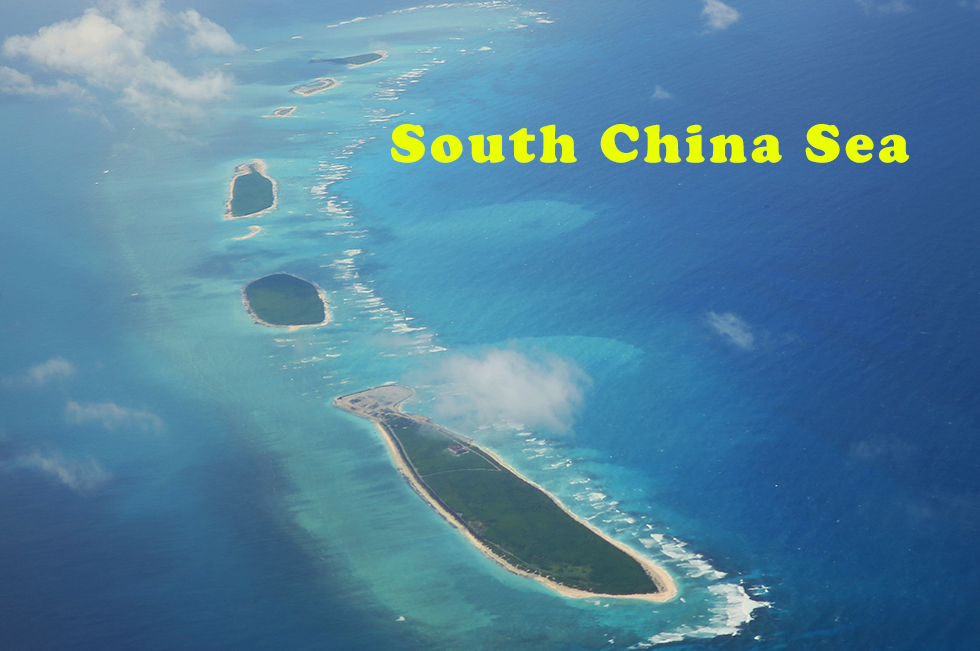 Shipping has been and will always be very significant, which makes shipping routes or waterways even more significant. About 25% of world trade passes through waters. The waterways have served the growing trade for centuries as it is cheap, efficient in carrying heavy and bulky goods, and fuel-efficient. Our new series showcases some of these extremely dangerous but important routes ships tread on. The first one in our series is the South China Sea.

The South China Sea is a region of tremendous economic and geostrategic importance. One-third of the world’s maritime shipping passes through it, carrying over US$3 trillion in trade each year.

The South China Sea, Chinese Nan Hai, an arm of the western Pacific Ocean that borders the Southeast Asian mainland. It is bounded on the northeast by the Taiwan Strait; on the east by Taiwan and the Philippines; on the southeast and south by Borneo, the southern limit of the Gulf of Thailand, and the east coast of the Malay Peninsula; and on the west and north by the Asian mainland. The South China Sea and the East China Sea together form the China Sea.

The South China Sea has connecting channels. The Taiwan Strait on the north is about 100 miles (160 km) wide, with a depth of about 230 feet (70 meters). The Luzon Strait, the main deep channel connecting the South China Sea with the Pacific Ocean, lies between Taiwan and the Philippines and has a depth of about 8,500 feet (2,600 meters). Shallow channels are found on the east along the Philippine island chain and on the south between Borneo and Sumatra. The western connection to the Indian Ocean is the long Strait of Malacca. At its narrowest, it is 19 miles (31 km) wide and about 100 feet (30 meters) deep.

The South China Sea is the largest marginal sea of the western Pacific. Some 1 million to 60 million years ago, it rifted and then collapsed as a result of seafloor spreading. The China Sea Basin is believed to have dropped 2.5 miles (4 km), leaving residual plateaus studded with numerous coral reefs, islets, and banks, some of which are drowned atolls. Weather in the sea is tropical and largely controlled by monsoons. In summer, monsoonal winds blow predominantly from the southwest; in winter, winds blow from the northeast. Annual rainfall varies from about 80 inches (2,000 mm) to more than 120 inches (3,000 mm) around the southern basin. Summer typhoons are frequent.

Monsoons control the sea-surface currents as well as the exchange of water between the South China Sea and adjacent bodies of water. In August the surface flows into the South China Sea is from the south from the Java Sea through the Karimata and Gelasa (Gasper) straits. Near the mainland the general flow is northeasterly, passing out through the Taiwan and Luzon straits. There is a weak countercurrent on the eastern side of the sea. In February the flow is generally to the southwest; the strongest flow occurs in summer along the bulging part of Vietnam, with speeds of up to 3.5 miles (5.6 km) per hour generated by the strong southwestern monsoon.

The South China Sea contains some of the world’s most important shipping lanes. The main route to and from Pacific and Indian Ocean ports is through the Strait of Malacca and the South China Sea. Generally, oil and minerals move north, and food and manufactured goods move south.

As ships navigate through these waters they face various turbulent natural calamities which makes it extremely dangerous and causes accidents more often than not. Since 1999 there have been 293 shipping accidents in the South China Sea. The study showed that most of the ships are damaged due to bad weather, climate change, and the subsequent increases in storm surges. Powerful storms, high waves, and the sudden passage of military ships as a result of ongoing territorial disputes have been attributed to disasters in these waters. A number of US naval ships have been recently involved in collisions, including the USS Lake Champlain, USS Fitzgerald, USS Antietam, and USS John McCain. The ubiquity of larger cargo ships has also been a factor, as this increases the chance of collision.

Also, ‘Dangerous Ground’ is a large area in the southeast part of the South China Sea characterized by many low islands and cays, sunken reefs, and atolls awash, with reefs often rising abruptly from ocean depths greater than 1000m. The said area is poorly charted, making it exceptionally dangerous to navigate – the major Singapore-to-Hong-Kong routes go well to the west and east of the area. The Admiralty Sailing Directions gives the following warning regarding navigation in this area:

Due to the conflicting dates and accuracy of the various partial surveys of Dangerous Ground, certain shoals and reefs may appear on one chart, but not on another regardless of the scales involved.

Charted depths and their locations may present considerable error in the lesser-known regions of this area. Avoidance of Dangerous Ground is the mariner’s only assurance of safety.

More recently, a “dangerous” designation has also arisen from international territorial disputes, especially over the Spratly Islands, which lie in the oil-rich zone between Malaysia, Brunei, the Philippines, and Vietnam; those four countries, plus China and Taiwan, have laid some claim to the group. Huge oil and natural gas reserves are believed to lie beneath its seabed. It also contains lucrative fisheries, which are crucial for the food security of millions in Southeast Asia. The South China Sea Islands, collectively comprising several archipelago clusters of mostly small uninhabited islands, islets (cays and shoals), reefs/atolls, and seamounts numbering in the hundreds, are subject to competing claims of sovereignty by several countries. These claims are also reflected in the variety of names used for the islands and the sea.