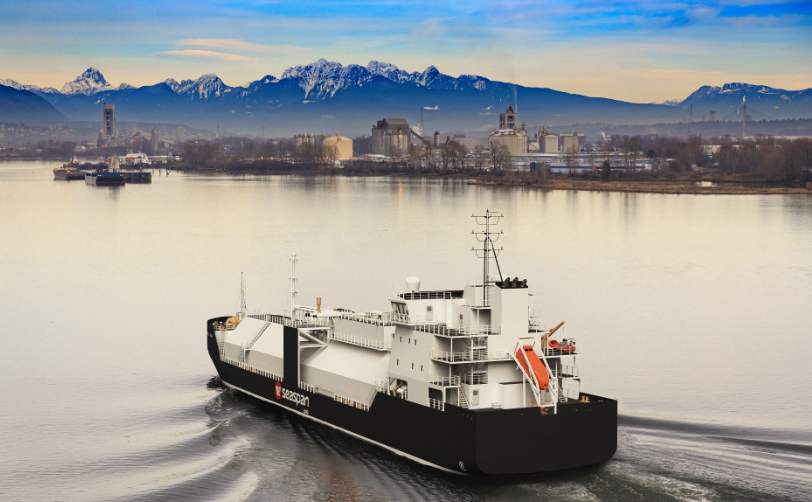 Canada-based shipping group Seaspan Marine Transportation has recently announced that Seaspan ULC signed a contract for the construction of two 7600 cbm LNG bunker vessels, with the option for a third vessel.

Chinese shipbuilder CIMC Sinopacific Offshore & Engineering (CIMC SOE) has been awarded the contract to build the units. The first vessel is expected to be delivered and in operation in 2024.

This contract is said to demonstrate Seaspan’s commitment to bringing an LNG bunkering solution to the West Coast of North America but also to supporting the transition to cleaner, lower-emission marine fuels in British Columbia, Canada, and the world. Moreover, Seaspan has become the first Canadian company to order LNG bunker tonnage for the Pacific Northwest.

In a global context, the International Maritime Organization (IMO) targets and regulatory requirements are causing ship owners to adopt decarbonisation solutions in their fleet and because of the LNG availability and commercial feasibility of engine technologies, many large shipping companies have acquired and ordered LNG-powered vessels.

Seaspan said it is actively looking at decreasing the carbon intensity of LNG and considering solutions such as accessing renewable natural gas (RNG) to create a lower-carbon option.

For the design of the LNG bunker vessels, Seaspan worked closely with the Canadian-based team at VARD Marine Inc. to incorporate emerging technologies resulting in a decrease in emissions and underwater noise. The design is focused on refueling multiple ship types with the ability to transfer to and from a wide range of terminals.

The design will allow the vessel to engage in ship-to-ship LNG transfer as well as coastal and short sea shipping operations.