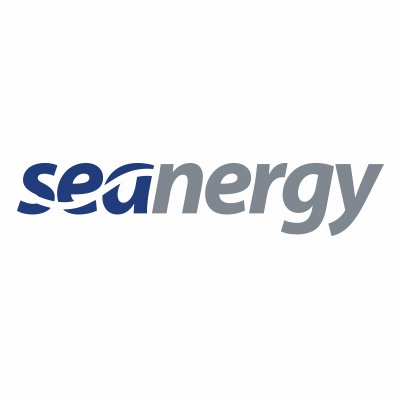 Seanergy Maritime Holdings Corp. announced today that it has reached final agreements with certain of its senior lenders and junior lender, for the financial restructuring of a total of $179 million, consisting of four senior credit facilities (the “Senior Facilities”), three junior credit facilities (the “Jelco Loans”) and three junior convertible notes (the “Jelco Notes”). Following these agreements, the previously announced defaults and cross-defaults have been fully resolved.

Pursuant to the restructuring terms, approximately $87 million of debt maturities falling due in 2020 have been extended to future periods, between December 2022 and December 2024, providing Seanergy with a clean two-year runway. In addition, the rescheduling of the amortization payments under certain of the Senior Facilities and the reduction of the interest rate across the junior loans and notes are expected to have a positive impact on the cash break-even of the Company going forward. Moreover, the Company’s lenders have agreed to cancel or amend certain financial covenants and security maintenance provisions under the Senior Facilities allowing for additional financial flexibility, including payment of dividends.

“We are very pleased to announce the successful conclusion of the restructuring discussions with certain of our lenders. The discussions extended since the first quarter of 2020 and were finally concluded in an amicable manner. The agreed solutions provide Seanergy with a solid financial standing going forward, allowing us to pursue our strategy to enhance corporate value and pave the way to improved shareholder returns.

Under the agreed restructuring, there are no imminent loan maturities or underlying defaults, our balance sheet has been delevered through the extinguishment of debt and accrued interest and our future cash flow is expected to improve through reduced interest expense and debt amortization payments in the next years. Our overall debt has seen an impressive year-over-year reduction of $36.0 million through the restructuring initiatives and the uninterrupted servicing of the scheduled amortization payments.

Despite the global challenges presented in 2020, we have delivered milestone transactions, including the prominent restructuring of our debt, fleet expansion and beneficial commercial agreements. Seanergy, as the only pure-play Capesize vessel owner listed in the US capital markets, is in a great position to capture what we believe is significant upside potential in a rising market.”

A summary of the various restructuring arrangements is presented below:

As previously disclosed, we documented the agreement with Alpha Bank for the extension of two loan facilities secured by two of our Capesize vessels from March 17, 2020 and November 10, 2021, to December 31, 2022. The underlying terms remained substantially the same while in addition, certain corporate covenants and dividend restrictions were cancelled or relaxed. We are currently in compliance with all the terms of these facilities as amended.

As previously disclosed, we entered into a settlement agreement with HCOB for the facility secured by two of our Capesize vessels, under which the $29.1 million outstanding balance was settled for $23.5 million resulting in a $5.6 million debt extinguishment and an equivalent gain for Seanergy. The HCOB facility was refinanced by a new facility provided by certain nominees of Entrust Global and secured by the same vessels. The Entrust facility with an initial balance of $22.5 million, has a five-year term and reduced quarterly repayments that have positively impacted the break-even rates of the underlying vessels, as well as less restrictive financial covenants and value maintenance provisions. These developments resulted in a $6.6 million aggregate reduction in the Company’s debt. We are currently in compliance with all the terms of the Entrust facility.

The Company obtained credit committee approval for the extension of the maturity of the UCB facility secured by two of its Capesize vessels, by two years, from December 2020 to December 2022. Moreover, the approval provides for the cancellation of various financial covenants and value maintenance provisions. Most importantly, the lender has agreed to the reduction of the quarterly installments from $1.55 million to $1.2 million, on the basis of which, the all-in cash break-even of the underlying vessels has improved by approximately $1,900 per day. The agreement is subject to completion of definitive documentation.

The Company received credit committee approval from ATB concerning the amendment of the value maintenance provisions and of certain financial covenants under the ATB facility secured by one of our Capesize vessels. Such amendments will address potential non-compliance issues while providing for a uniform approach in the financial covenants across all of the Company’s senior loan facilities. The agreement is subject to completion of definitive documentation.

On December 30, 2020 we entered into definitive documentation with Jelco Delta Holding Corp. (“Jelco”), the Company’s sole junior creditor, concerning $27.2 million of maturities falling due in 2020 and the settlement of accrued and unpaid interest through December 31, 2020. Jelco is a former affiliate of and related party to the Company and pursuant to this agreement, $6.5 million of principal indebtedness under one of the Jelco Loans was repaid, while all other maturities, including those of two Jelco Notes that were maturing in December 2022, were extended to December 2024. In addition, Jelco has agreed to the reduction of the applicable interest rate across all Jelco Loans and Jelco Notes to a fixed rate of 5.5% (previously floating based on LIBOR plus a spread ranging from 5% to 8.5%). Moreover, we have agreed to introduce two interim repayment instalments of $8.0 million each, payable in December 2022 and December 2023 and a semi-annual cash sweep mechanism capturing cash balances in excess of $25.0 million or time charter equivalent revenue of our Capesize fleet between $18,000 and $21,000, provided that such repayment obligations, together with all other prepayment obligations to Jelco, will not exceed $12 million in any calendar year. These arrangements will provide for the swift reduction of the Jelco debt to the extent the free cash flows of the Company permit.

The acquisition of shares by Jelco is subject to a standstill undertaking and 9.99% beneficial ownership blockers, precluding the acquisition of the Company’s shares, including through the exercise of warrants or the conversion of the Jelco Notes to the extent that it would result in Jelco or its affiliates beneficially owning, including control over the voting or disposition of, more than 9.99% of the outstanding common shares of the Company after giving effect to the acquisition. The Company has granted customary registration rights with respect to all shares issued or issuable to Jelco as a result of this transaction, including the shares underlying the Jelco Notes, and has undertaken to file a registration statement covering the resale of these shares.