Seafarers – Assets to the Owners 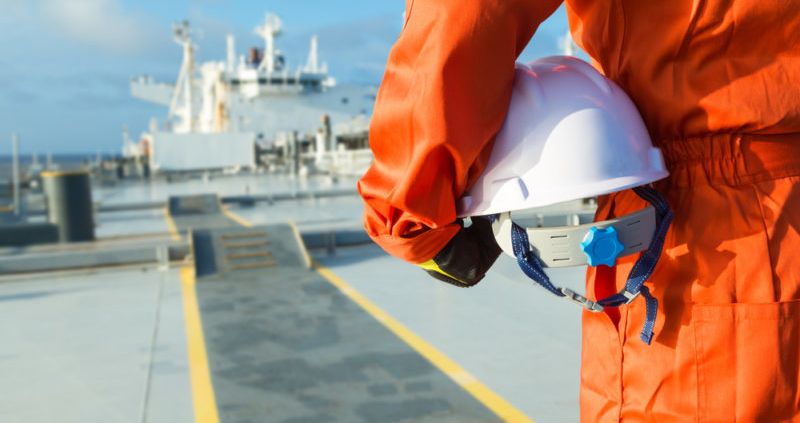 Shipping, one of the oldest forms of commercial transport has gained popularity with the growing end-product demand. Although the world mostly considers ships as a mere source of transport or getting our goods across, it is in fact a very complex process involving multiple people called seafarers. Playing a vital role in the efficient functioning of the vessel, Seafarers inherit various responsibilities like operating cargo, supervising deck, weather forecasting, protecting the marine environment and much more. Further, securing cargo, protecting the vessel and its machinery, all lies in their hands and Indian seafarers are considered as ‘number 1’ to fulfill these requirements. Such highly skilled mariners have the capacity to put their learned skills to practice and are the backbone of the Maritime Industry.

Although the seafarers work relentlessly onboard a vessel, at times they tend to look at or complete only those duties which are specified in their job description; but in order to exceed the expectations of their seniors, they need to put in extra efforts which in turn benefit them to attain new heights. However, the question remains, which practices would make the seafarers an asset to the owner?

Seafarers should know the actual reason for their sailing, of course, they do it for running the vessel but most importantly they should always look for improvisation. Say if a seafarer looks to improve areas where the running cost to the company can be reduced, then it will be beneficial for the owner and therefore, the owner will appreciate the seafarer’s efforts. The actions of the seafarers are always directly or indirectly related to the owners, whether it be complying with the rules or taking decisions on time.

While buying a personal car, we always ask about how everything works, we question about maintaining the engine and other machinery involved. Why do we do that? Because we are eager to know how we can maintain the car for a longer period, i.e., make optimum use of our hard-earned money. This shows that we always check our personal expenses and gains, but then why do we not foresee the effects of our actions on others? If a responsible seafarer considers the ship as his own and strives hard to look after it with affection, only then he can be an owner’s asset.

Mr. Roni Abraham, Ex-engineer shared his personal sailing experiences which will inspire the seafarers to go onboard and achieve success. He said that an ideal seafarer would focus on the vessel right from the time he sees it. Before even boarding the ship, a mere look at the ship’s exterior helps him to determine the condition of the ship. By looking at the clear exhaust, he knows that the generator is well maintained. “This is a relief at first sight”, he said, “as it tells a lot about life onboard.” As seafarers have a wide range of duties that they need to follow, at times, it can be overwhelming. It then becomes necessary that they gather themselves and try to learn from their surroundings. “Knowledge improves only by learning,” he affirmed. Every ship is different and so is the operating system, therefore, the same procedures might not apply for each one of them. It is often the case where the person who maintains the machine knows it in and out, but, the one who operates it, might not know all the facts. And in this case, wrong operations may lead to breakdown or damage to the machine. Therefore, it is significant to ask the relieving guy beforehand, about the way of operating each machinery and also about a minute, detailed adjustments that need to be made to run the machine effectively. Sharing knowledge and communicating well is necessary for smooth processes.

He also noted that sometimes, seafarers see the problem, but are hesitant to find the reason behind it. To explain this better he shared another one of his experiences of how he acted in a situation and was praised for his efforts. He said that while he was on board, he was told that there was an existing issue of the camshaft pushrod, which would bend after every 15 to 20 days for unknown reasons and therefore had to be replaced over and over again with the spares. Replacing the cams was an easy task and people did it whenever needed; however, no one actually went out of their way to check why that was happening so often. He knew that the recurring costs and efforts of replacing the cams repeatedly would be an unnecessary expense to the owner. Thus, being curious, he decided to sit in front of the inspection window every night for approx. 20 minutes until he finds the reason for the breakdown. As decided, he inspected everything for multiple days but his search was futile until one day he finally witnessed the pushrod giving up.

He went on to fix it and realised that the pin wouldn’t accommodate in the shaft. Thus, decided to check the spares, and found out that all the pins were cut after inserting. Thinking whether it is compatible or not, he checked the pin details and understood that it is the correct pin, and the only error was that the previous staff had inserted it in a wrong manner which was potentially the cause of this recurring problem. He then immediately notified the Chief Engineer. And to fix the issue, he positioned the shaft where the cam sits well and then pinned it properly. The next morning, he gathered the spares, removed all the wrongly inserted pins, and put new pins the way they should be inserted. The mystery was finally solved, he was successful in saving the recurrent loss of resources on the vessel. It was clearly a win-win situation not only for the Chief Engineer but also for the owners. He thereby, proved that small mistakes, if essentially rectified on the spot, can prove advantageous and showed that the seafarers can be the assets of the owners if they strive hard.

While motivating other seafarers, he said, “It is important that everyone puts in 100% effort and completes work proactively with dedication, only then we will gain respect. This is what would promote Indian seafarers in the global maritime industry. Remember your hard work will surely pay off, so keep going, work hard.”