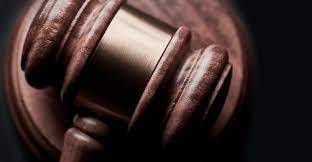 The Singapore Chamber of Maritime Arbitration (SCMA) has launched its fourth set of rules with changes to allow for electronic documentation and a higher threshold for expedited arbitrations.

The new rules apply to all arbitrations commencing under SCMA from 1 January 2022, and follow a public consultation in 2020.

Justice Chao Hick Tin, Chairman of SCMA, said, “The 4th edition of the SCMA Rules have been launched after extensive review of feedback obtained during last year’s public consultation.”

The first changes to SCMA’s rules since 2015 seek to accommodate the shift to electronic and digital documents. Documents can be served electronically and there are also provisions to allow the signing of arbitration awards electronically.

Oral hearings will no longer be a mandatory part of arbitrations with the number arbitrators reduced to two, and a third appointed if required for oral hearings.

To prevent an abuse of process by late change of representatives in arbitration, the Tribunal is now empowered to withhold approval to such change where the conduct of proceedings or the enforceability of any award might be prejudiced.

Arbitration proceedings will be deemed to be closed after the lapse of three months from the date of any final written submissions of final hearing, providing certainty to the length of proceedings.