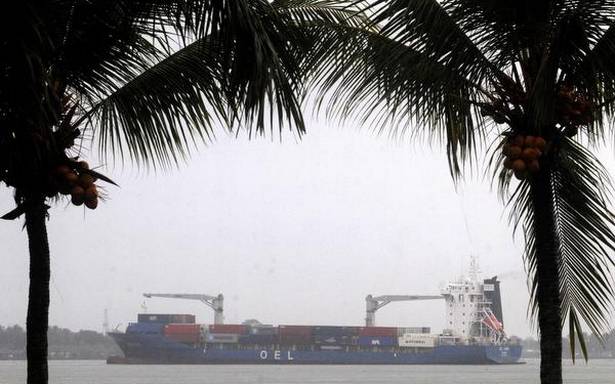 State-run Shipping Corporation of India (SCI) will “review” the rates for shipping cargo containers/bulk cargo from India to Maldives as its prepares to launch a direct cargo service between the two countries from September 21, linking Thoothukudi and Kochi with Kulhudhuffushi and Male.

Munshid Ali, owner of Kozhikode-based exporting firm Ceekey Global Trading, told an online trade meet organised jointly by the Federation of Indian Chambers of Commerce and Industry (FCCI) and SCI on Tuesday that despite the close proximity between the two countries, the freight rate for shipping a cargo container from India to Maldives was $850-1,000.

In comparison, the container shipping freight was one-third or even lower to Colombo and Dubai.

“We can’t compete with products imported into Maldives from China unless the freight rate is reduced,” Ali told the trade meet.

“We will review the rates; it can’t be outside of the market, it has to be as per the market only,” said Inderjeet Nagar, Senior Sales Manager, SIC.

Nagar also assured the traders that SCI will pass on the benefits it would get from VO Chidambaranar Port Trust and Cochin Port Trust by way of lower port charges to the traders.

M Beena, Chairperson, Cochin Port Trust, said that there is a huge potential to raise India’s exports to Maldives.

India is currently ranked fourth in the import basket of Maldives with a 9.7 per cent share.

Goods moving to Maldives gets transhipped through Colombo or Dubai.

“The direct shipping service between India and Maldives presents an opportunity to save on precious foreign currency,” she said. It creates the possibility of transhipping cargo originating from the west coast of India at Cochin Port for onward movement to Maldives apart from tapping into the huge cargo volumes destined for Maldives from Kerala.

The service will deploy a container-cum-break-bulk vessel that can carry 200 twenty-foot equivalent units (TEUs) and 3,000 tonnes of break bulk cargo, with a round voyage of 10 days.

SCI will start the service with one ship, and plans to add more vessels when more cargo is generated, said General Manager BK Tyagi.

The service is expected to add Beypore port at Kozhikode in Kerala and Chennai port to its itinerary later.