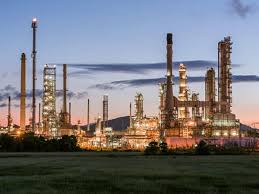 Three sources at Asian refiners expect the February OSP for the flagship grade Arab Light to rise by 33 cents a barrel on average, with their forecasts ranging between an increase of 30 cents and 40 cents.

In December strong spot crude purchases pushed up the average differentials to Dubai swaps for the cash Dubai and DME Oman benchmarks by about 41 cents and 17 cents a barrel respectively from last month, data compiled by Reuters showed on Wednesday.

Asia’s gasoline crack, however, has dipped recently on concerns that restored mobility restrictions to combat a new coronavirus variant would dent near-term demand.

Saudi crude OSPs are usually released around the fifth of each month and set the trend for Iranian, Kuwaiti and Iraqi prices, affecting more than 12 million barrels per day (bpd) of crude bound for Asia.

State oil giant Saudi Aramco sets its crude prices based on recommendations from customers and after calculating the change in the value of its oil over the past month, based on yields and product prices.