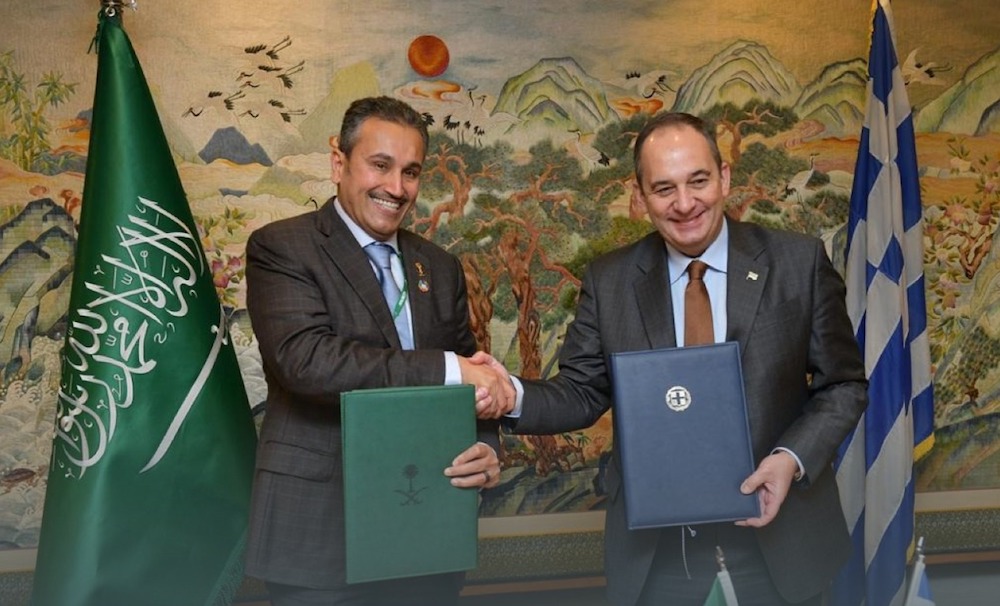 The Saudi Minister of Transport and Logistics Services and Chairman of Board of Directors of Public Transport Authority Eng. Saleh Bin Nasser Al-Jasser and the Greek Minister of Maritime Affairs and Island Policy Ioannis Plakiotakis have signed a joint cooperation agreement in the field of maritime transport.

The agreement was signed in the presence of President of the Public Transport Authority, Dr. Rumaih Bin Mohammed Al-Rumaih.

The agreement aims to strengthen relations between the Kingdom of Saudi Arabia and Greece at the strategic level and open new horizons for co-operation in various fields, especially maritime transport.

This requires developing commercial marine navigation and seeking to increase the traffic of commercial ships to transport passengers and goods.

This is in addition to supporting and encouraging trade exchange and facilitate the requirements and procedures for accessing the ports of both countries with their ships and enhancing the exchange of experiences and technologies between companies, institutions, and maritime institutes in this field.

The agreement included a mechanism for the treatment of ships of the two countries about access to their ports, stay and departure, and in cases of emergency and maritime accidents in the territorial waters.