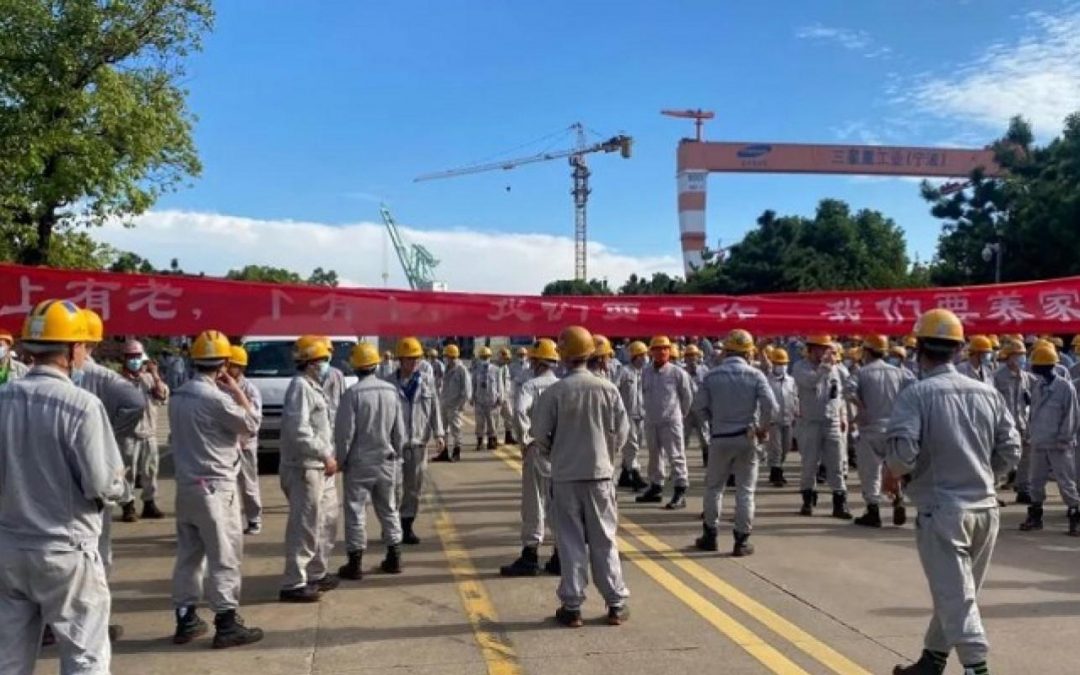 Samsung Heavy Industries (Ningbo) is laying off its staff and shutting down the factory following its headquarters in South Korea withdrawal capital support from the Chinese yard.

Shipyard employees are supposed to sign a redundancy agreement starting from 13 September.

However, workers do not believe the current compensation plan offered by the shipyard is adequate and as result yard workers have gone on strike in recent days.

Currently, the yard is working on a revised plab for staff compensation.

Samsung said it will close one of its Chinese plants due to decreased productivity caused by its outdated facilities and the company had been in talks with Chinese government to hand over the land and other assets of its Ningbo base early next year.

After the close of Ningbo plant, Samsung will focus on the operation of its second shipyard in China, Samsung Heavy Industries (Rongcheng) in Shandong province.

Samsung’s Ningbo Shipyard, established in 1995, was the first shipyard Samsung invested in China.