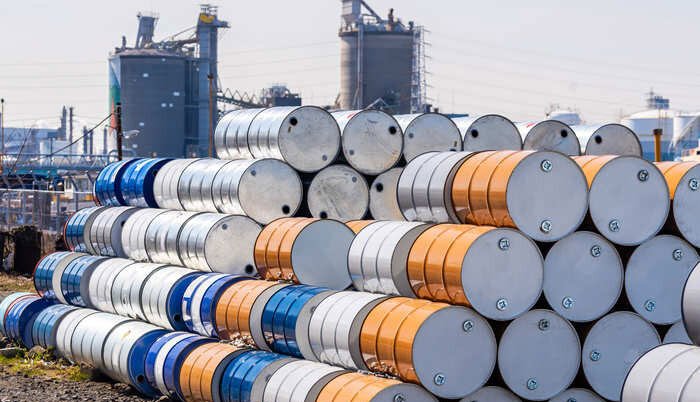 War in Ukraine could result in as much as 1 million barrels per day (bpd) of oil demand being removed from the global market, Rystad Energy research shows.

The human and material costs of the conflict have been catastrophic just seven days into the military operation. Russia has so far shown no signs of backing down, and prospects of a breakthrough in negotiations appear slim. As a result, investors and markets are scrambling to assess the ramifications of the worsening crisis as the West slaps even more stringent sanctions on Russia, while institutions and companies distance themselves from Moscow.

Oil demand in both Ukraine and Russia is set to plunge if an end to the conflict does not materialize quickly. Ukraine is likely to see the largest drop in relative terms, potentially losing more than 50% of demand so long as the war persists, with long-term implications inevitable due to infrastructure damage and the speed of getting facilities back online once the conflict has come to an end.

Russia also stands to suffer significantly, although the impact in relative terms will be less. The direct and indirect sanctions imposed by the West on Russia’s financial system will reduce economic activity significantly, complicating the process for Russian companies to conduct business internationally and for its citizens to travel abroad. That could result in an oil demand destruction of between 15% and 30% or more.

“The economic fallout from the war – in addition to the humanitarian crisis – is going to be sweeping, both for Russia and Ukraine, and the region’s oil demand is going to take a severe hit if the conflict is prolonged and recently enacted sanctions remain in place,” says Sofia Guidi Di Sante, oil market analyst with Rystad Energy.

Ukraine outlook
Total oil demand in Ukraine averaged around 260,000 bpd in 2019, with the road transport sector accounting for more than half of the total, at 138,000 bpd. Aviation demand is minimal, representing 5% of total consumption and estimated at 7,000 bpd in 2019.

Aviation demand was wiped out almost immediately as airports closed and flights were grounded. However, road traffic has remained high, sustained by heavy traffic as residents drive out of the country. The spike in traffic to the border compensates for the fall in commutes elsewhere and other regular activities.

Yet, if the war drags on and fighting continues, demand could fall by 50% or more. Such a drop in road and air traffic alone will shave off around 65,000 bpd of oil demand, which is 28% of expected monthly oil consumption for the country. In addition, disruptions in the supply chain and the impact on gross domestic product (GDP) growth would harm other sectors, where we factor in a potential additional estimated impact of 40,000 bpd.

This would amount to about 50% of Ukraine’s oil demand, an estimate aligned with the demand drop witnessed in other countries that have in recent years suffered from military conflict or unrest, such as Syria and Yemen.

Russia outlook
The international response to Russia’s actions has been swift and powerful. Financial markets are volatile as a result, and it will not take long for the trickle-down effects of sanctions to take hold of the country’s economy. Russia is the sixth-largest oil consumer globally, with oil demand totaling 3.6 million bpd in 2019, and a slowdown in consumption would have severe domestic and international consequences, affecting global balances.

The European Union (EU) and Canada have already shut their airspace to Russian planes, and international travel demand is expected to drop swiftly in the coming days. A complete halt in international travel would wipe out 54% of the country’s total jet fuel demand, amounting to a negative impact of around 110,000 bpd.

Although it is too early to estimate the impact of international sanctions against Russia on oil demand, we can gain an insight by considering the demand realities from countries with recent experience of similar sanctions – Iran and Venezuela. Oil demand dropped in these countries by a range of between 10% (Iran) and more than 30% (Venezuela), with the extreme case of a 50% drop between the peak and trough in Venezuelan demand from 2011 to 2019.

A 10% to 30% drop in Russian demand would correspond to a total contraction of 350,000 to 1 million bpd in 2022. We expect that half of that deceleration would be from industrial activities, while the rest would be driven by reduced internal mobility, although it is too early to make a sectoral assessment.