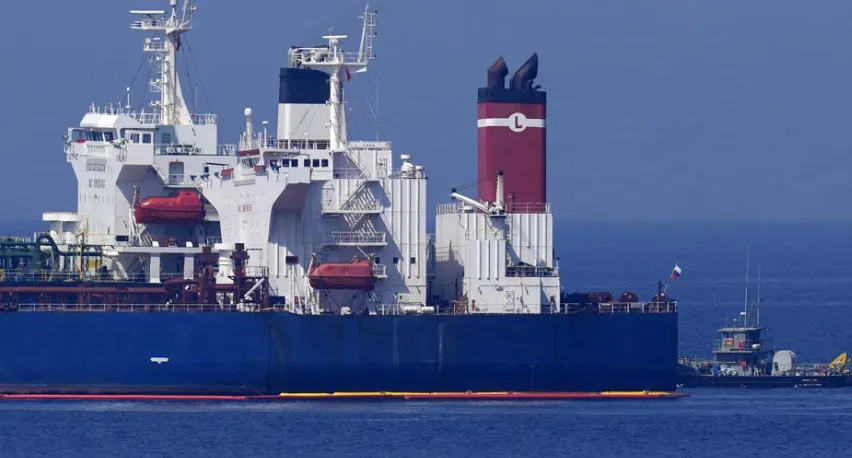 Dozens of vessels loaded with Russian oil covertly arrived at European ports, despite the fact that the European Union imposed a partial embargo on Russian oil in its sixth package of sanctions. The Bloc’s member states, in May, had reached a unanimous agreement to ban 90% of Russian crude oil imports by the end of 2022. On September 9, however, there were several ship-to-ship transfers of oil off the coast of Greece with tankers that were confirmed to have arrived from Moscow, Nikkei reported. In its internal investigation through the sources and analysis, the paper stated that there was only one such vessel that was spotted off the coast of Greece, last year.

“Transferring oil between ships at sea to hide its origin may continue even after the oil embargo takes effect,” the paper found.

In the month of August, similarly, a Russian vessel was spotted transferring oil from one tanker to another in the Laconian Gulf near southern Greece. Moscow flagged and Greek-registered vessel namely ‘Sea Falcon’ was seen leaving the Port of Ust-Luga in northwestern Russia on August 4 and was suspected to be bound for Europe. Pictures of Indian-flagged Jag Lok departing the Turkish Port of Aliaga on August 4 which was surrounded by smaller vessels, likely undertaking the oil transfers had also emerged.

There has been an estimated 175 covert oil transfers off the Greek coast into Europe that have involved Russian tankers, the report said. This figure was found to be significantly higher compared to last year when only a meagre nine ships were spotted. Since it launched the military invasion of Ukraine, Russia has exported nearly 23.86 million barrels of oil for ship-to-ship transfers off Greece, the report claimed.

In June, European Union announced that it will effectively ban the seaborne imports of Russian crude oil which will come into effect on December 5, 2022. The member states said that an embargo on petroleum product imports from Moscow will also be implemented on February 5, 2023. Pipeline imports of crude oil and petroleum products, although, will be exempt from sanctions. The decision was in line with Russian-aligned European states such as Hungary, Slovakia, and the Czech Republic, which are highly reliant on Russian energy imports via the Druzhba pipeline. EU’s sanctions package also exempted some nations from reselling Russian crude oil and petroleum products to other EU member states.