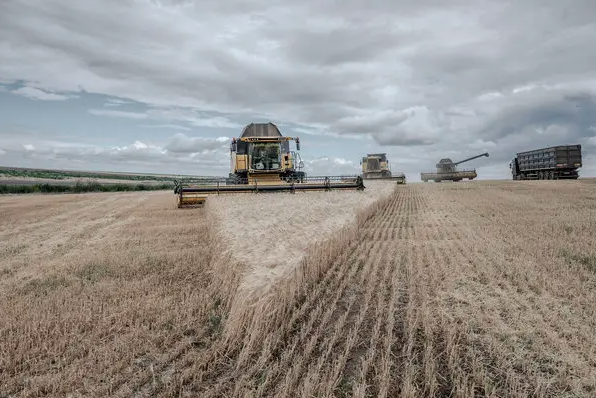 Russian and Ukrainian officials have signed a UN-backed deal aimed at allowing grain exports to leave Ukraine to help ease a global food crisis caused in part by Moscow’s unprovoked invasion of it neighbor.

Russian Defense Minister Sergei Shoigu and Ukrainian Infrastructure Minister Oleksandr Kubrakov signed separate mirror agreements with the United Nations and Turkey on July 22 that UN chief Antonio Guterres said will benefit developing countries “on the edge of bankruptcy and the most vulnerable people on the edge of famine.”

Turkish President Recep Tayyip Erdogan added at a signing ceremony in Istanbul that the agreement will help ease global food inflation by unlocking the export of some 22 million tons of grain and other agricultural products that have been stuck in Black Sea ports due to the war.

He added that the implementation of the deal should start in the coming days and will be run by a joint coordination center in Istanbul.

“Today, there is a beacon on the Black Sea. A beacon of hope…possibility…and relief in a world that needs it more than ever,” Guterres told the gathering.

“You have overcome obstacles and put aside differences to pave the way for an initiative that will serve the common interests of all,” he added.

Ukrainian President Volodymyr Zelenskiy said in his late-light video address that around 20 million tons of last year’s harvest will be exported now that the deal has been concluded, pointing to the UN’s responsibility to guarantee the deal.

“Russia could engage in provocations, attempts to discredit the Ukrainian and international efforts. But we trust the United Nations. Now it’s their responsibility to guarantee the deal,” he said.

U.S. Ambassador to Ukraine Bridget Brink said in an interview with RFE/RL that the U.S. welcomes the agreement.

“We’re hopeful that this is going to make a difference. But we’re clear-eyed about it,” he said.

Mykhaylo Podolyak, a top Ukrainian presidential adviser, had earlier outlined details of the accord, which states that there will be “no escorting of grain transport by Russian ships, nor will there be any presence of Russian representatives in our ports.”

“In case of provocations, there will be an immediate military response,” he wrote, adding all inspections of transport ships will be carried out by joint teams in Turkish waters “should the need arise.”

Guterres said that the country’s biggest export hub, Odesa, would be reopened along with ports in Chernomorsk and Yuzhny.

The European Union’s top diplomat, Josep Borrell, said the bloc welcomed the deal, calling it in a tweet “a critical step in overcoming the global food insecurity caused by Russia‘s aggression against Ukraine.”

Speaking separately at the Aspen Security Forum in the U.S. state of Colorado, senior U.S. diplomat Victoria Nuland praised the level of detail of the agreement.

“It’s now incumbent on Russia to actually implement this deal. But it is very well-structured in terms of monitoring and in terms of channels that the grain ought to be able to get out of,” said Nuland, undersecretary of state for political affairs.

Russia is obliged to act after the blockade sent food prices soaring in developing countries, particularly in Africa, where it had banked on support, she said, adding that the deal came together because Russia felt it was losing support in the global south, where many countries had become convinced that the blockade was really NATO’s fault.