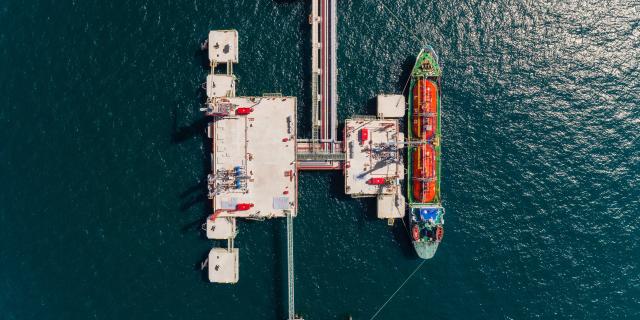 Russian oil production is set to drop by 20% next year as the European Union’s import ban on Russian oil-product shipments kicks in, according to the International Energy Agency (IEA).

The Paris-based agency said on Thursday that gradual monthly declines in output will start as soon as this month as the Kremlin cuts back oil refining, and will quicken as the embargo comes into force.

The IEA expects to see close to 2 million barrels a day shut in by the start of 2023, despite a healthy recovery in production in recent months.

From 5 December, the EU is set to halt most crude purchases from Russia in a bid to cut off revenue streams that Russia uses to finance its war in Ukraine, before the restriction takes effect on 5 February 2023.

In the past three months, Russia’s oil output has risen, reaching nearly 10.8 million barrels a day last month amid higher domestic oil-processing and robust exports as the country redirects crude flows away from the EU to Asia.

In July, Russian oil output was just 310,000 bpd below prewar levels, while total crude exports were down 580,000 bpd. That saw the country generate oil export revenues of $19bn, down from $21bn the month before, thanks to lower prices and slightly reduced volumes.

The agency also raised its oil demand growth forecast for this year as surging gas prices were spurring “substantial” gas-to-oil switching among consumers.

“Natural gas and electricity prices have soared to new records, incentivising gas-to-oil switching in some countries,” the IEA said in its monthly oil report.

Earlier this week, a European emergency gas plan to cut consumption came into force, asking EU member states to voluntarily cut gas use by 15% this winter to prepare for a potential Russian cut-off.

The move will affect all households, power producers and industry. While the measures would initially be voluntary, the proposal includes a mandatory trigger should the supply situation deteriorate significantly.

According to the IEA, the trading bloc’s commitment to reduce gas consumption from August 2022 to March 2023 will increase oil demand by around 300,000 bpd for the next six quarters.