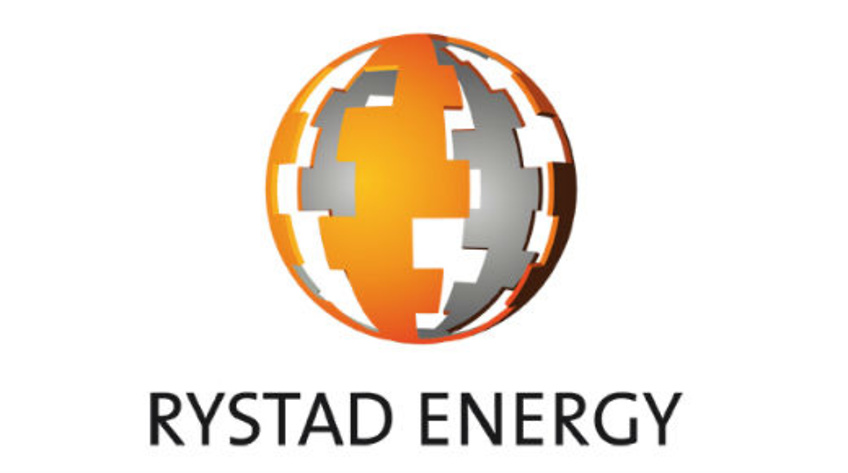 An escalation of military tensions between Russia and Ukraine could put up to 155 billion cubic meters per year of natural gas imports to Europe at risk if the conflict causes Russia to halt deliveries, Rystad Energy research estimates. The figure corresponds to 30% of Western Europe’s annual gas demand.

Although a total shutdown of Russian piped gas is unlikely, European gas markets are entering the final stretch of winter in a precarious position. Gas stocks are at five-year lows, international LNG prices are highly volatile, and the Nord Stream 2 pipeline from Russia to Germany is not expected to be operational until the second half of this year.

If Russian exports were shut off entirely, Europe would struggle to meet its gas needs. Eastern Europe would be most severely hit as the region is the most reliant on Russian imports, whereas Western Europe could, in theory, fill the void with increased LNG imports, primarily from the US. Western European countries have nearly enough LNG import capacity to replace all Russian gas but would need an additional 8 Bcm of domestic production to make up the difference to 2021 levels.

However, regasification, the process of converting LNG back into gas before sending it by pipeline to importing countries, could be a stumbling block for fresh imports. Western Europe’s regasification capacity was operating at 100% last month, and spare capacity to accommodate a future increase in import volumes is minimal. Poland and Lithuania have only a smaller amount of additional LNG import terminal capacity that could be utilized. On the other hand, Southern Europe has significant spare import capacity, but is less reliant on Russia as the region already sources the lion’s share of its gas from the LNG market, as well as through pipelines from North Africa and Azerbaijan.

Of the 155 Bcm of piped gas Europe imported from Russia in 2021, 40 Bcm was piped through Ukraine, a supply that would likely be disrupted in the event of military escalation between the two countries. If only the 40 Bcm were taken off the table, Europe could make up the difference with relative ease, but would have to pay higher spot prices for the replacement volumes.

“Despite Europe’s implicit policy to reduce its dependence on Russian gas – as demonstrated by the significant build-up in LNG import facilities on Western Europe’s coast in recent years – Russia plays a pivotal role in helping meet the region’s gas needs. As a result, any military conflict could have serious ramifications for European gas supply,” says Sindre Knutsson, vice president for gas and LNG market analysis at Rystad Energy.

European gas storage levels remain historically low at 45 Bcm currently. This is 30% lower than the five-year average and amounts to only two months of gas to meet average winter demand. As a result, the region is particularly vulnerable to short-term movements in supply and demand, as evidenced by record spikes in traded gas prices on the Dutch Title Transfer Facility (TTF) in recent months. It also means any disruption to Russian gas flows via Ukraine into Europe would immediately impact traded prices, LNG import demand, and gas-to-coal switching for power generation, among other factors.

Each region would be impacted by Russian flow disruptions to varying degrees, with Eastern Europe being the hardest hit. Poland, the Czech Republic and Slovakia would be particularly impacted, with countries further south less vulnerable due to healthy supply through the Turk Stream pipeline.

Western Europe is already sourcing extra gas from the LNG market and maximizing import capacity after Russian supplies dropped significantly last month because of lower gas flows through Ukraine and the Yamal-Europe pipeline running in reverse. LNG imports into Western Europe totaled 294 million cubic meters per day (MMcmd) in January 2022 – a new all-time high utilizing 100% of the region’s regasification capacity – with most additional volumes coming from the US. Of the total 8.6 Bcm of LNG that Western Europe imported in January, 56% or 4.8 Bcm came from the US, 1.7 Bcm came from Russia and 0.7 Bcm from Qatar.

More LNG supply is available, but only if European countries are willing to pay elevated prices. The bulk of the extra LNG supply could come from the US, which has 102 Bcm of free on board (FOB) volumes on the market. Australia and Asia have most of the market’s available spot volumes, but those cargoes are unlikely to arrive in Europe due to long voyage distances. Instead, the US, Africa, parts of Europe and Russia’s Yamal LNG could offer additional spot LNG. Europe could also buy volumes from aggregators and traders looking to resell into the market.