Russia is Competing with Iran and Venezuela to Sell Discount Oil 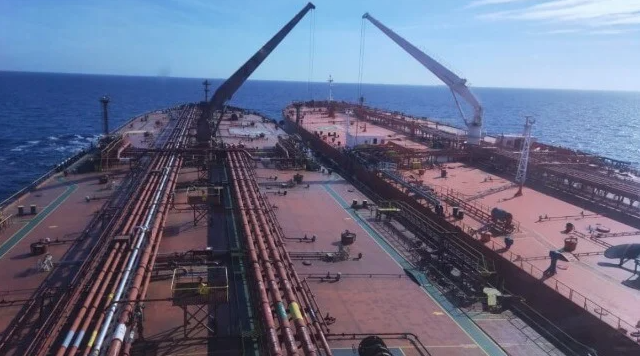 As sanctions and international isolation begin to take hold for Russia’s oil industry, it has begun discounting prices in order to entice new buyers in far-flung markets. But in doing so, according to market intelligence firm Vortexa, Russia has begun to compete directly with Iran and Venezuela for a limited market in undercover oil.

One of the key signs is the movement of fly-by-night tankers from the sanctioned Iranian oil trade into the previously above-board Russian oil export market. According to Vortexa, 11 tankers that have previously carried Iranian crude have loaded Russian oil or oil products since April. Early on, the majority were Aframaxes, but in recent weeks a number of VLCCs have joined the trend. Over the first half of July, these vessels accounted for about 250,000 bpd of Russian oil exports.

“As more companies scale back from carrying Russian crude/products, those familiar with the sanctioned crude trade will continue using their tankers to assist Russia in exporting oil East of Suez,” predicted Armen Azizian, a crude market analyst for Vortexa.

Meanwhile, AIS-dark STS transfers – a hallmark of sanctioned Iranian and Venezuelan oil trades – are a growing trend for Russian oil exports in the Atlantic.

Vortexa has identified 14 tankers with Russian oil that have gone dark in the Atlantic in recent weeks, including five that previously carried Iranian oil. More of this activity is expected soon, according to Vortexa, as more tankers with Iranian experience appear to be posting up empty in the Atlantic awaiting STS transfers.

These signs of undercover oil shipping support the view that Russia is selling barrels discreetly and at low cost to buyers who are less sensitive to reputational risk. This also means that Russia is chasing the same buyers who pick up sanctioned cargoes of Iranian and Venezuelan oil.

“It is very clear that Russia is competing with Iran and Venezuela for so far limited placement options in East of Suez markets, essentially only China and India. China, in particular, appears to be hesitant so far to take huge volumes of Russian crude,” said Azizian. “Meanwhile, the rising inflows of sanctioned or quasi-sanctioned (Russian) oil into Asian markets cause difficulties for some Middle Eastern suppliers to place all their medium-to-heavy sour barrels.”