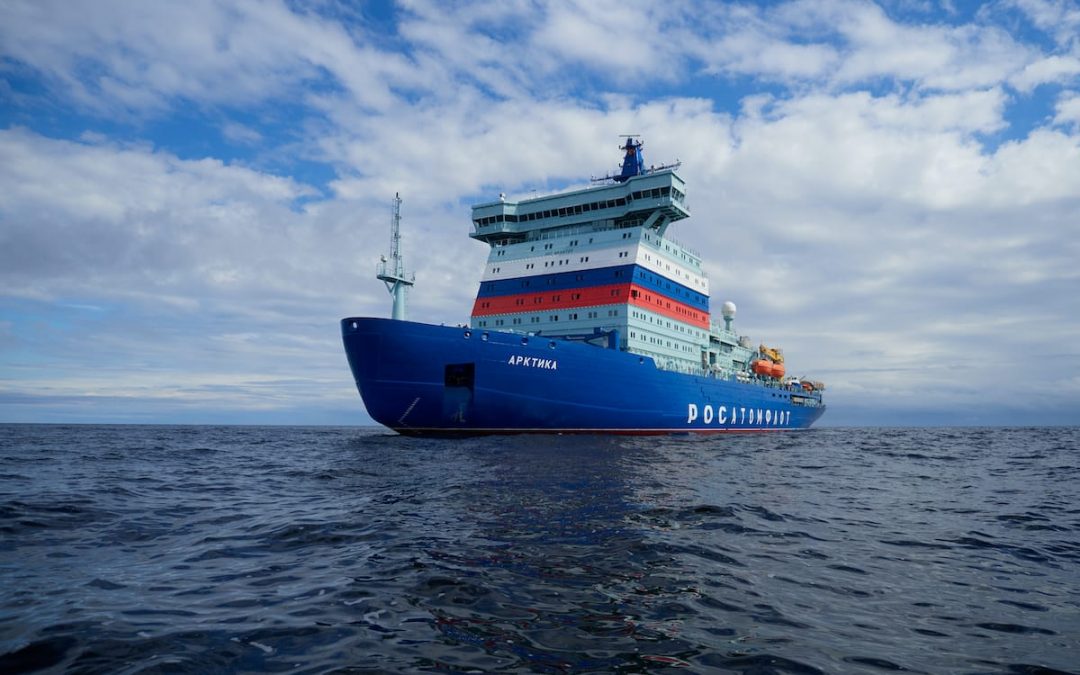 Russia has begun sea trials on what it reports is the larger and most powerful icebreaker in the world. The nuclear-powered Siberia departed on November 16 sailing into the Gulf of Finland to begin three weeks of testing before commissioning.

The Siberia is part of the Russian Project 22220 being built by the Baltiysky Zavod (Baltic Shipyard). The vessel is reported to be 33,530 dwt with a length of 569 feet and a maximum beam of 112 feet. It is manned by a crew of up to 75 people. The icebreaker is powered by a pair of RITM-200 nuclear reactors generating 175 MW. Russian reports indicate that a new generation system was developed especially for these ships. The ship reported can travel at speeds up to 22 knots and is designed to handle ice up to nine feet thick at speeds of 1.5 to 2 knots.

For the next three weeks, the commissioning team will check the operation of the mechanisms and equipment of the icebreaker. Experts are planning to carry out a series of tests, including the operation of a steam turbine unit, electric propulsion systems of a ship, operation of shaft lines, and deck mechanisms (anchor and steering gear).

The speed and maneuvering characteristics of the icebreaker, the functioning of the general ship systems and automation systems will also be tested. In addition, the sea trials will include the verification of navigation and communication systems, as well as the operation of the helicopter complex.

The Baltic Shipyard said the keel was laid for the Siberia on May 26, 2015. The vessel was launched on September 22, 2017. It is expected that the vessel will be delivered by the end of this year.

Once commissioned, her main task will be to ensure year-round navigation in the Western region of the Arctic. Russia maintains a fleet of icebreakers at strategic points along the North Sea Route to escort commercial vessels through the ice.  In the future, the plan calls for the development of a civilian icebreaker fleet.

The icebreaker Siberia is the second in a class of five vessels that are planned for operation. The first, the Arktika went into service in October 2020 and a third vessel has also been launched. Two others are reported to be under construction with the potential to build yet two more to complete the class.