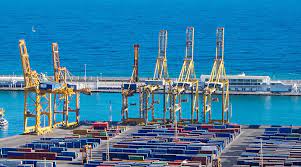 Russian oil giant Rosneft is not scheduled to export any diesel from the Baltic port of Primorsk in May as its main buyer, Swiss-based trading house Trafigura, scales back Russian oil purchases, trading sources said on Friday.

Exports of Russian diesel from Primorsk, a key supply source for Europe, are set to drop by over 30% in May from a month earlier to 1.114 million tonnes, data from traders showed on Friday.

Kremlin-controlled Rosneft has been one of the largest exporters of diesel from Primorsk, but the company had so far not planned to load any vessels in May, according to the data.

Trafigura was last year awarded a tender to buy all of Rosneft’s diesel exports from Primorsk in 2022.

A source familiar with the matter said however that Trafigura would cut its buying of refined oil products from Rosneft by more than 80% as the trading house scales back purchases following Moscow’s invasion of Ukraine.

Although European Union sanctions have so far avoided targeting oil from Russia, its biggest supplier, many traders are expected to cut back buying sharply ahead of an EU May 15 deadline restricting oil purchases from major Russian oil producers to the amount “strictly necessary” for Europe’s energy security, traders said.

European diesel imports from Russia are set to fall in April but will still exceed those from other regions, highlighting the challenge European governments face as they contemplate new sanctions on Russian oil.

As EU officials prepare the sixth package of sanctions against Russia, they are assessing the costs of replacing Russian oil with imports from other suppliers.

Europe is the destination for nearly half of Russia’s crude and petroleum product exports, according to the International Energy Agency (IEA).
Source: Reuters (Reporting by Ron Bousso and Julia Payne in London; editing by David Evans)