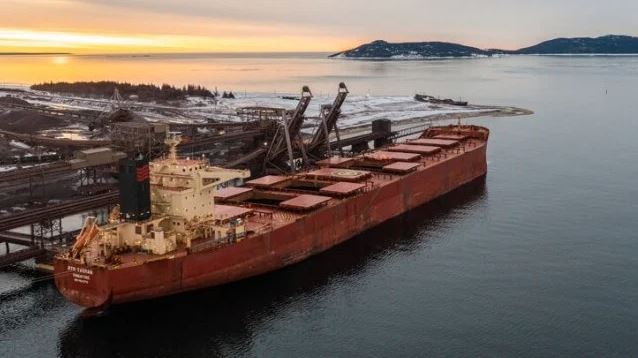 Rio Tinto and BP have agreed to work together on what will be one of the maritime industry’s longest sustained trials of biofuels. While many shipping companies have reported positive results from individual voyages using biofuel, the new project plans to run a year exploring the longer-term results of using biofuel to help reduce carbon emissions from the mining giant’s marine fleet.

Under the trial, BP is supplying the marine biofuel for approximately 12 months to be used on Rio Tinto’s RTM Tasman, a 205,432 dwt bulker built in 2013. Registered in Singapore, the nine-year-old bulker will maintain normal operations with a mix of Transatlantic and Atlantic-Pacific routes during the trial.

The trial is using a BP-manufactured B30 biofuel blend composed of 30 percent fatty acid methyl esters (FAME) blended with very low sulfur fuel oil (VLSFO). The biofuel produced with the FAME has physical properties similar to conventional diesel, and is a ‘drop-in fuel’, requiring no modifications to the engine or vessel. BP estimates this blend can reduce lifecycle carbon dioxide emissions by up to 26 percent compared to standard marine fuel oil.

“A longer-duration trial will provide important information on the potential role and wide-scale use of biofuels, and aligns with our goals to reduce marine emissions across our value chain and support efforts to decarbonize the maritime industry,” said Laure Baratgin, Head of Commercial Operations for Rio Tinto.

Working with BP and the ship managers Anglo Eastern, the trial will analyze a series of engine and fuel performance factors, including engine efficiency and fuel consumption, corrosion and degradation, microbial growth, temperature impact, fuel switching impacts, and fuel stability. The results of the trial will help Rio Tinto study ways to reduce its carbon emissions from its marine fleet and inform its future biofuel strategy.

The extended trial agreement follows a successful journey on the RTM Tasman after it refueled with biofuel in Rotterdam in March 2022 for the first time and then picked up its first load of the trial at the Iron Ore Company of Canada’s Sept-Îles port in Quebec in April. All biofuel refueling during the trial will be at Rotterdam.