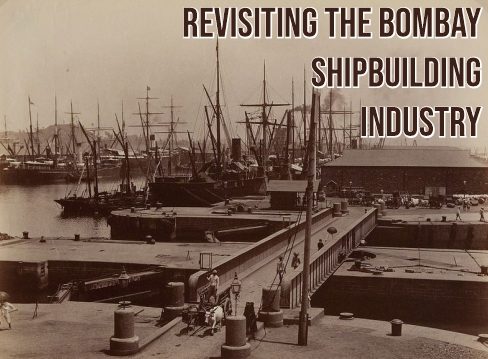 Shipbuilding in India gained momentum in the nineteenth century. India has had a tradition of Shipping and Shipbuilding for millennia. Having luxuriant teak forests, nature has provided India with the where-with-all to be a Shipbuilding and Seafaring nation.

Shipbuilding in India became famous in the nineteenth century when the Bombay Dockyard which was started by the East India Company built ships for both the Company and the Royal navy. Bombay had taken to Shipbuilding in the Portuguese time itself.  The East India Company which established its first factory in the Western region in Surat found a shipbuilding industry there. The British initially used the Indian shipbuilding ports for repairs to deal with the increasing piracy threats from Indians and Europeans and other foreign powers.

The evolution of ships and shipbuilding is no doubt a continuous process with advancements in technology. From the period 3000 BC to 2000 BC, India had a rich shipbuilding culture. In the period 2000 BC to 600 BC, India underwent a dark age in shipbuilding. From 600 BC to the end of the 19th century, shipbuilding flourished in India and the nation had a commanding presence in this field.

The constant sea battles and the rapid building of ships lead to the shortage of oakwood in Britain, which forced them to build ships in their overseas colonies. Hence, the company was sanctioned to build ships in India. The Company recognized the skill of Lowjee Nusserwanjee who was employed in shipbuilding at Surat and invited him to Bombay where he was employed in the Bombay Dockyard in 1736. The ships built in the Bombay Dockyard, not only undertook trans-continental journeys of the East India Company but were used by England in wars.

On one such successful battle and in appreciation of the services rendered by the Shipbuilders in Bombay; the Bombay Dockyard received orders from different parts of the World. Between 1839 and 1857 the Bombay Dockyard announced to the World its entrance into the age of steam and would now use iron ore for shipbuilding instead of teak. Steam navigation had its far-reaching consequences and the Bombay Shipbuilding Industry became a gateway to India. In addition to meeting its own requirements on the west coast, Bombay also built ships for Calcutta and Madras. Construction of a dry dock was taken up in 1749. This first dry dock to be built in India is still in use and is now known as the upper old Bombay dock.

The end of the 19th century to the 20th century was the second Dark Age for shipbuilding in India. Despite industrialization, British shipbuilders refused to transfer new shipbuilding technology to India. The 21st century witnessed the modernization of existing shipyards and the construction of new shipyards.

Therefore, as we continue to sail in our ships, which take our sailors daily out of sight of land and leave us gazing at the eternal vista of the deep sea, where we stand on a narrow hull, rolling before the waves and the wind, knowing we are at heart a nation that will forever depend on sea power and our sailors for security and prosperity from our oceans that flow through a vast history of the Bombay Shipbuilding Industry.